This rolling structure nests within a host building and contains “clean-room” office space for computer hardware. When rolled to the exterior position it guarantees open floor area in a fabrication workshop. This project served as a platform for exploring how the logic of the ubiquitous suburban vinyl-sided, light wood frame structure could be reinterpreted for increased material efficiency.

This structure relocates the sheathing to the inside of the studs, where it also acts as finish surface. This requires a new type of corner configuration to achieve continuity of shear resistance. The weathering surface is reduced to a single film of heat-shrink membrane. Apertures press outward on the membrane to hold it clear of wall insulation. The plywood material used in the project was reclaimed from a gallery exhibit of the work of the Ant Farm artist’s collective, which influenced the forms of the apertures and the membrane skin is evocative of their work with inflatable structures. 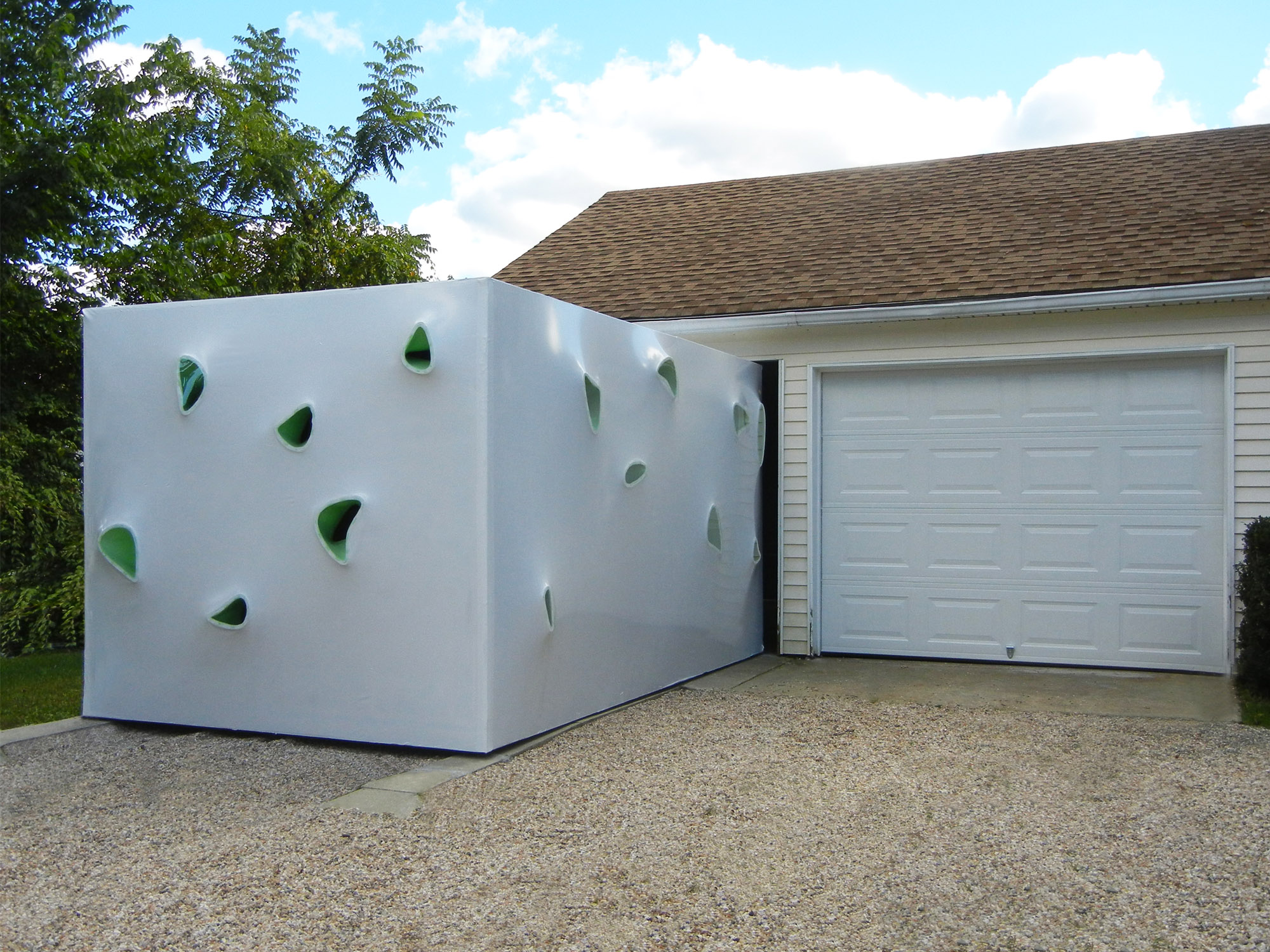 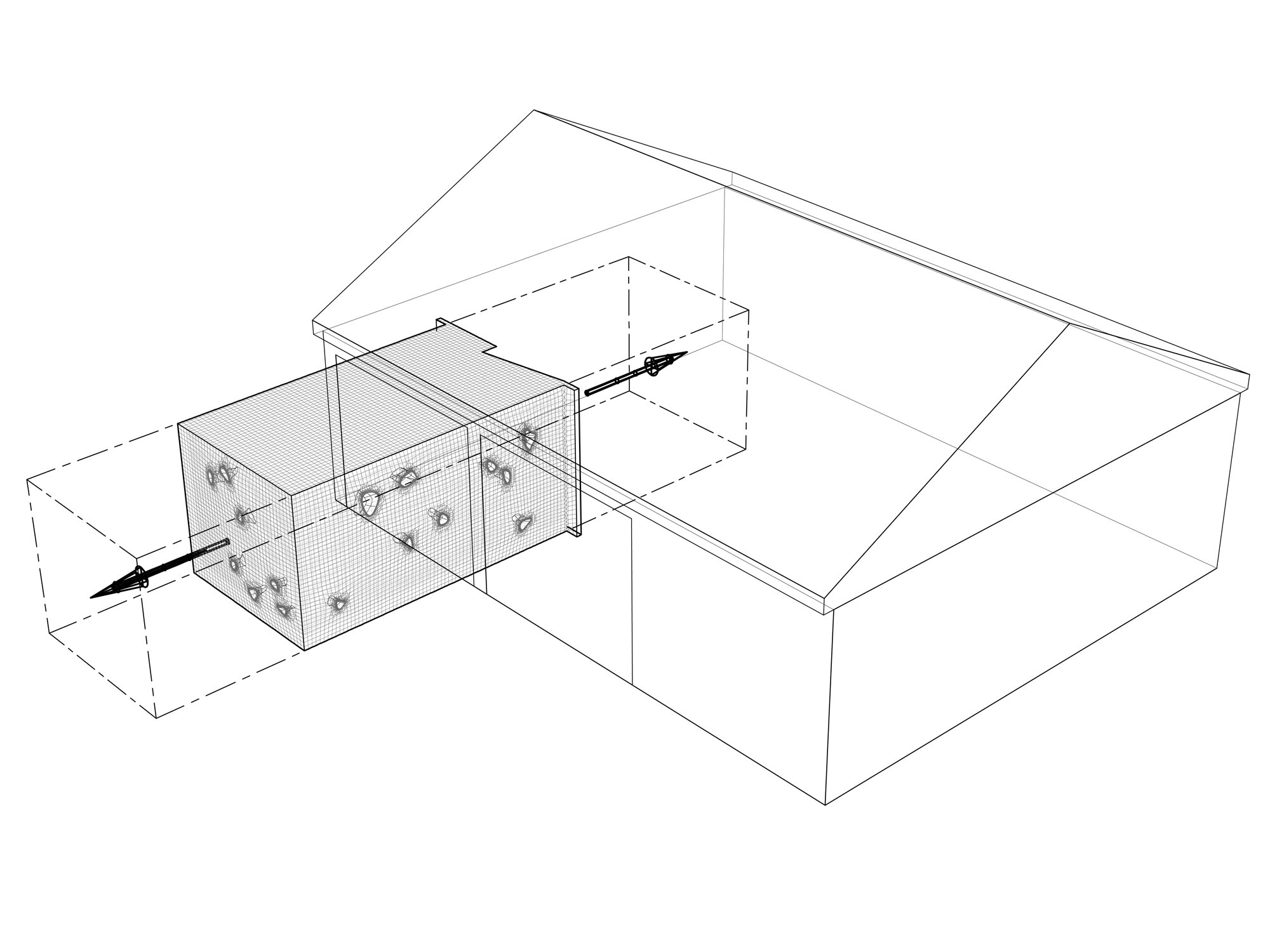 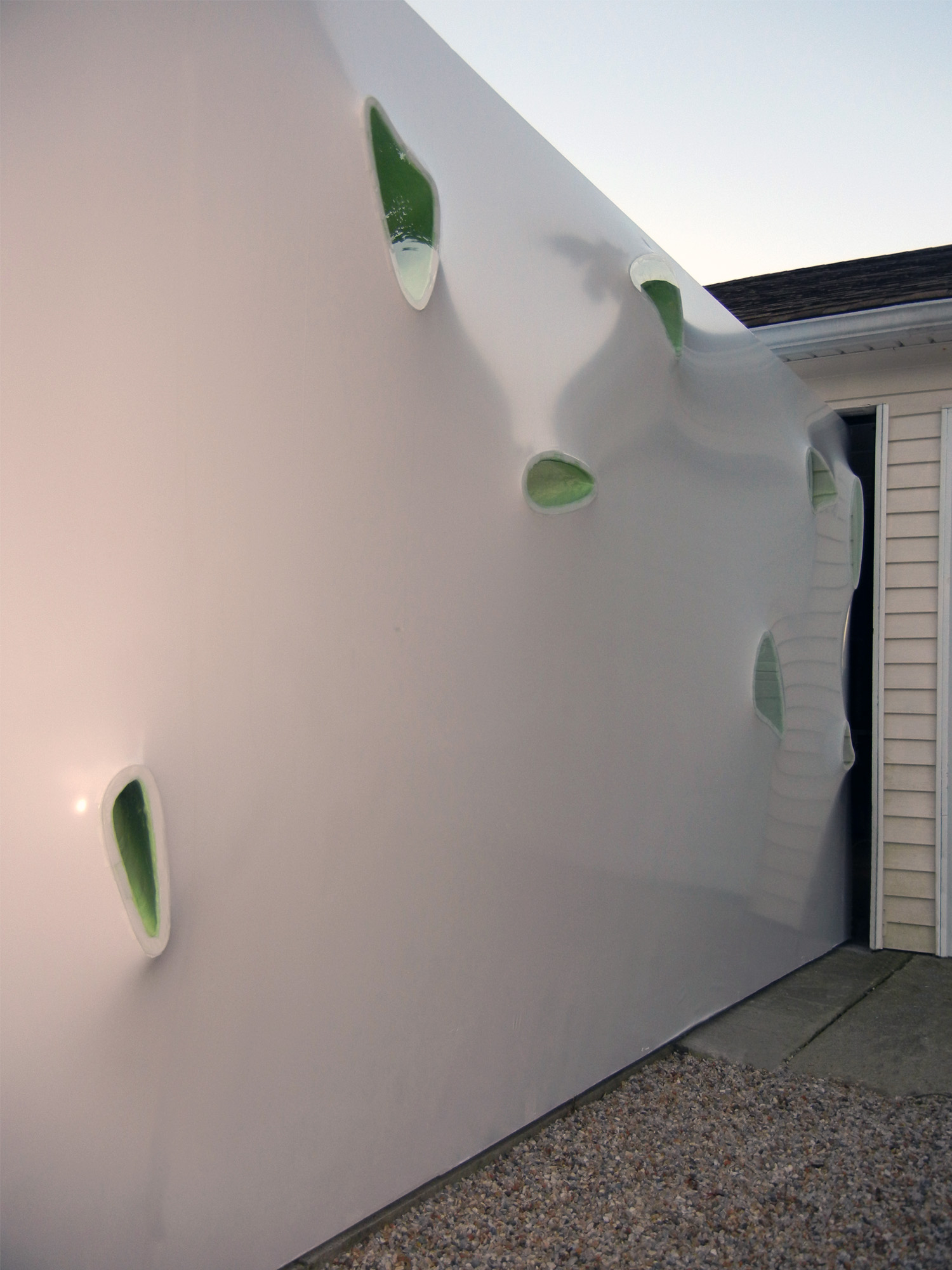 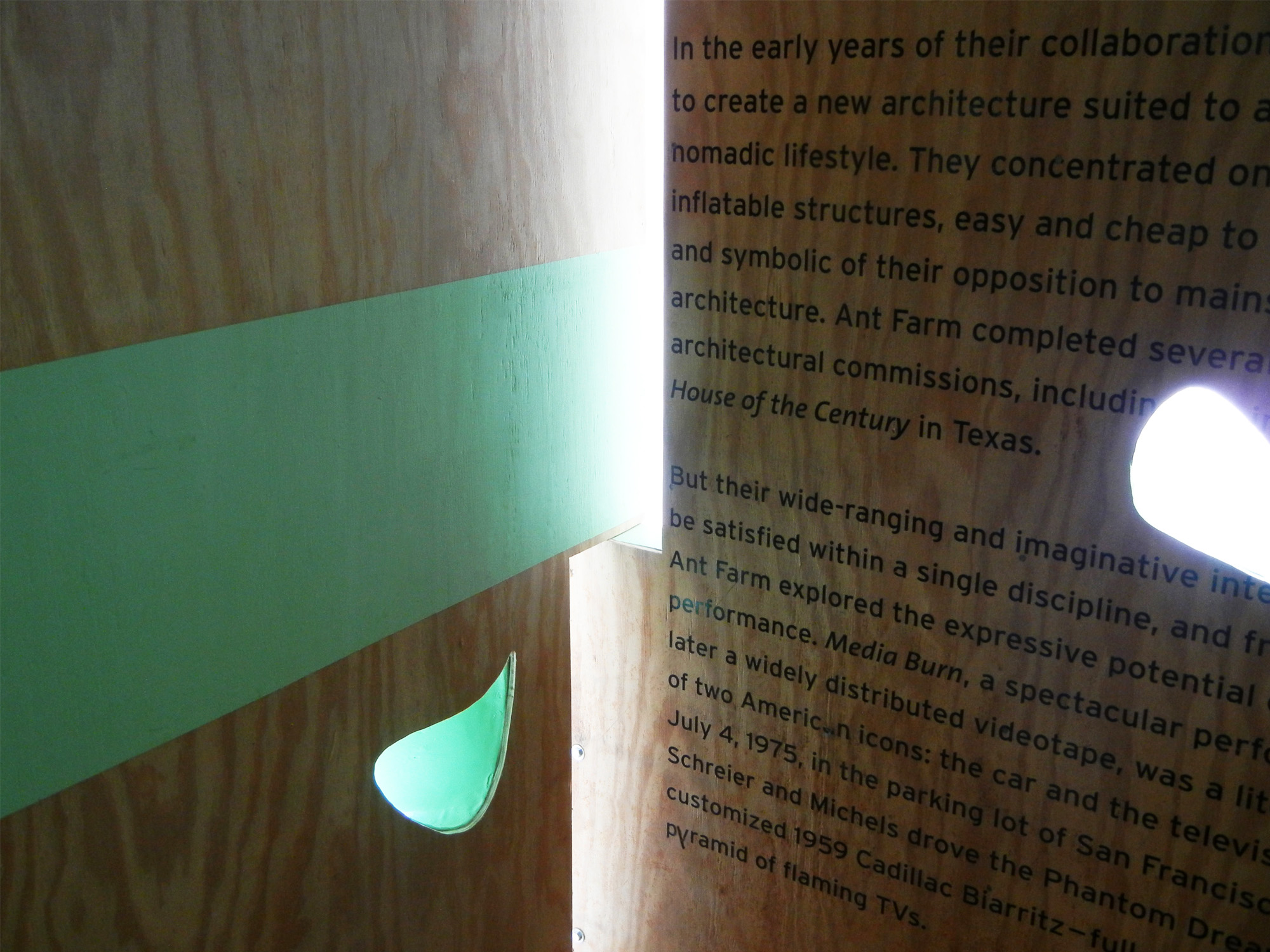 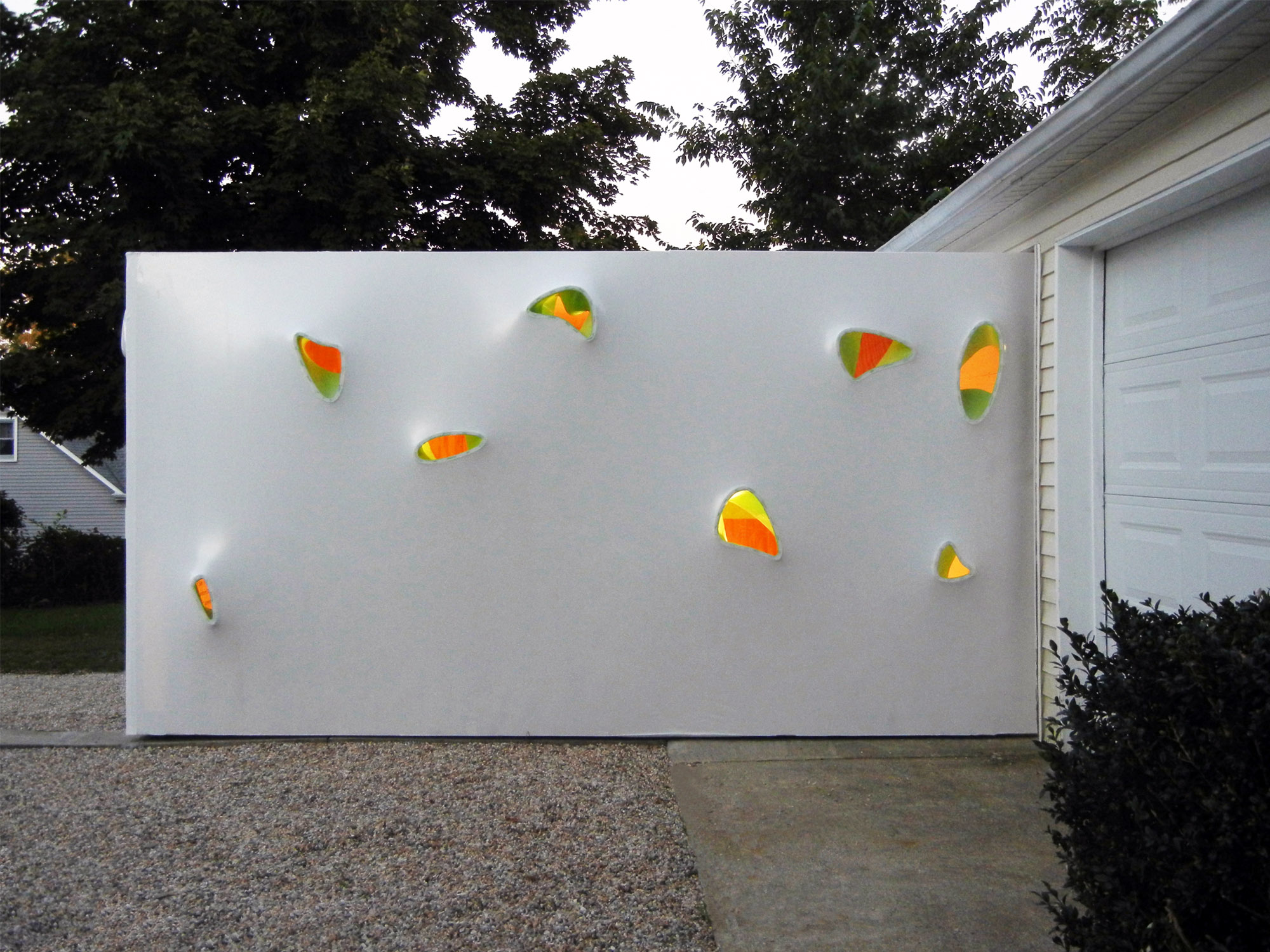 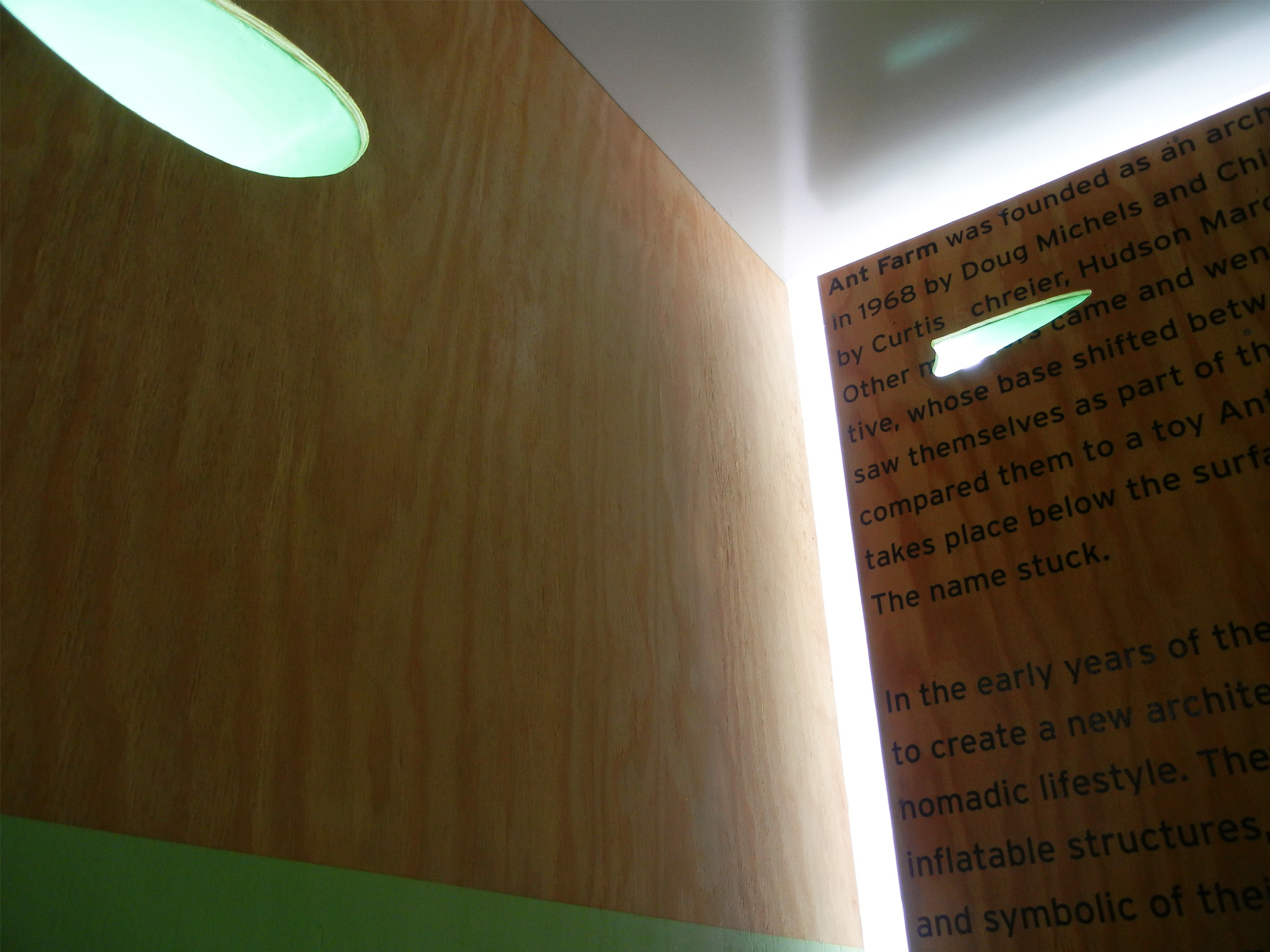 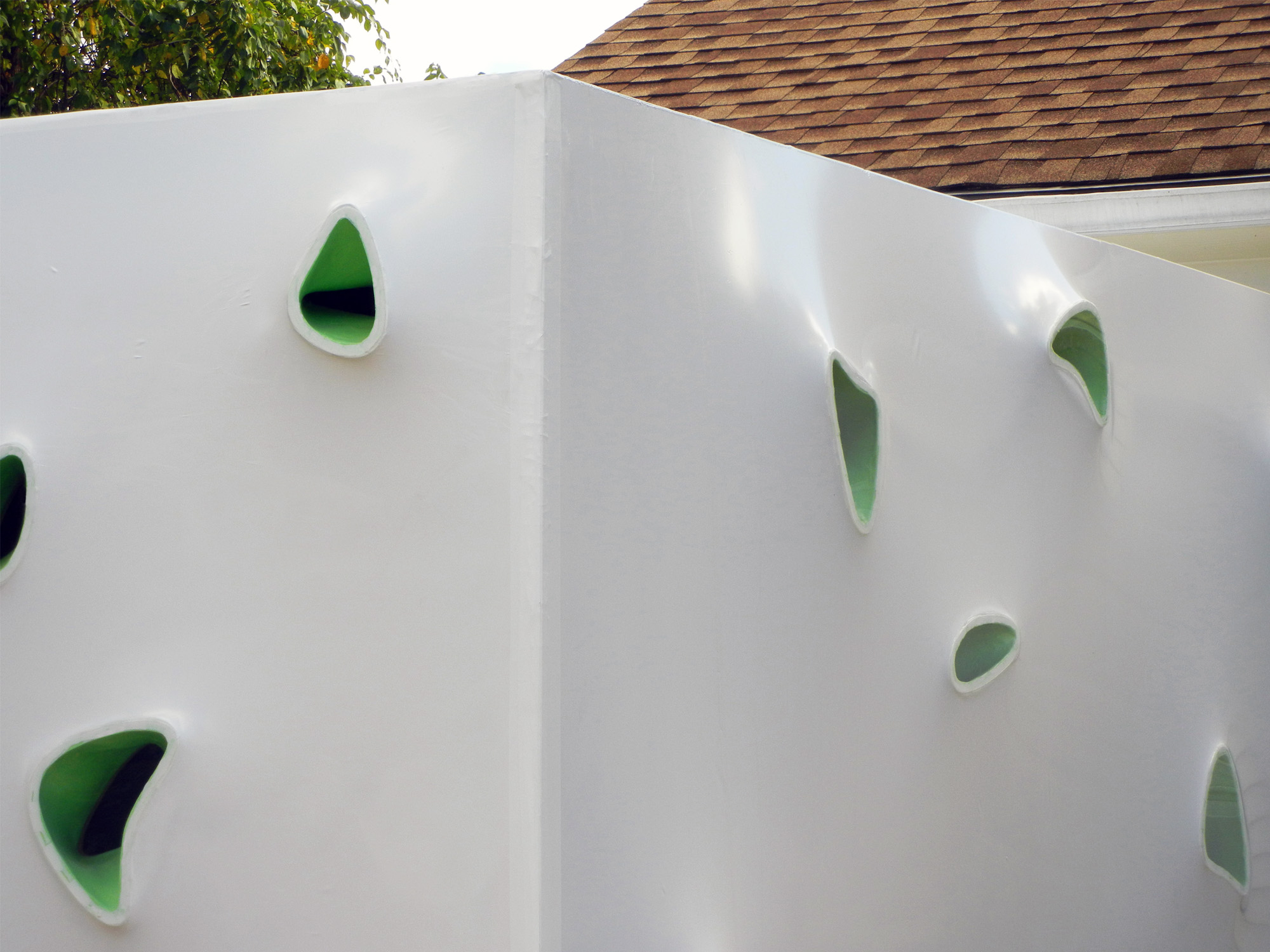 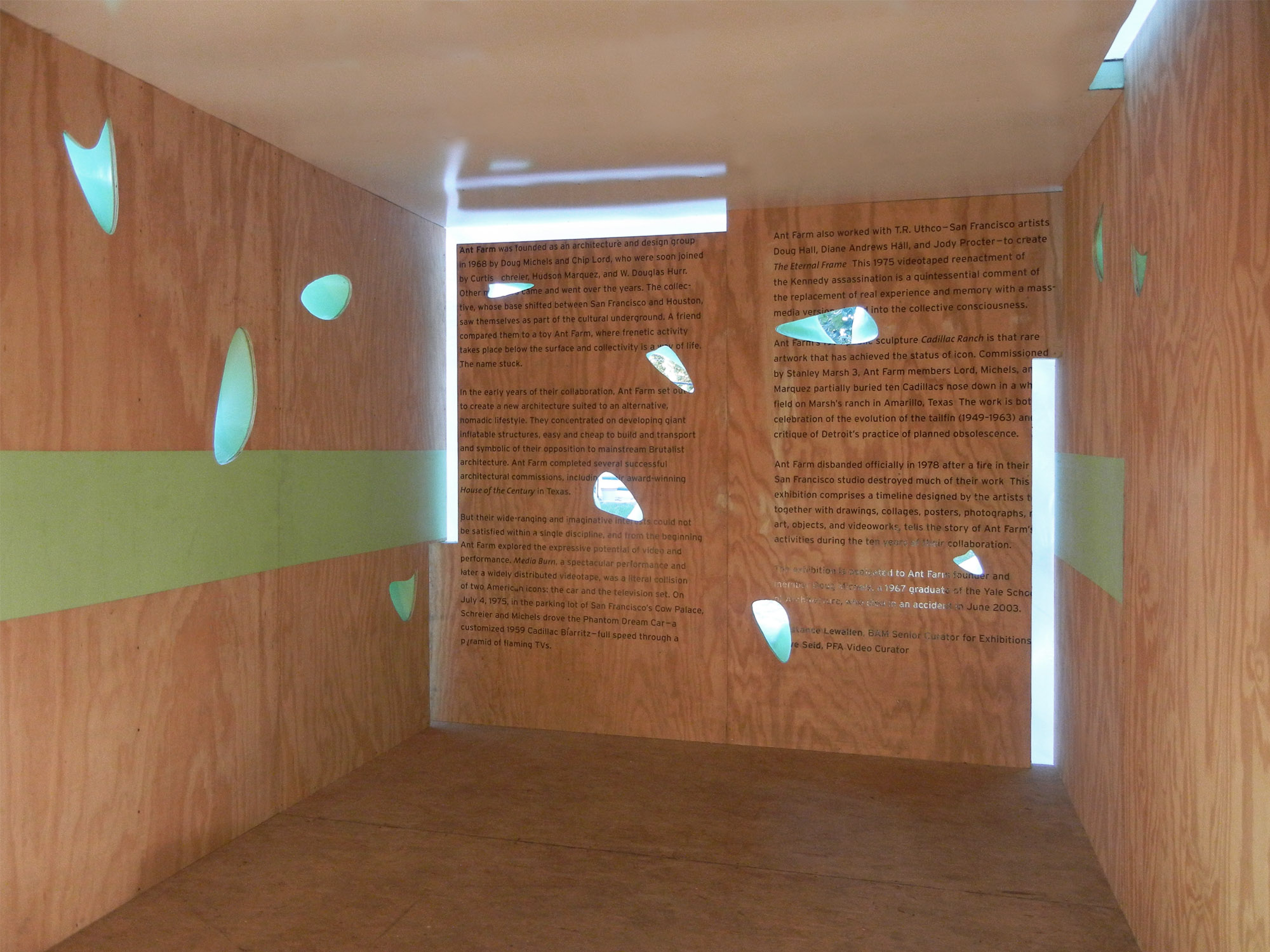 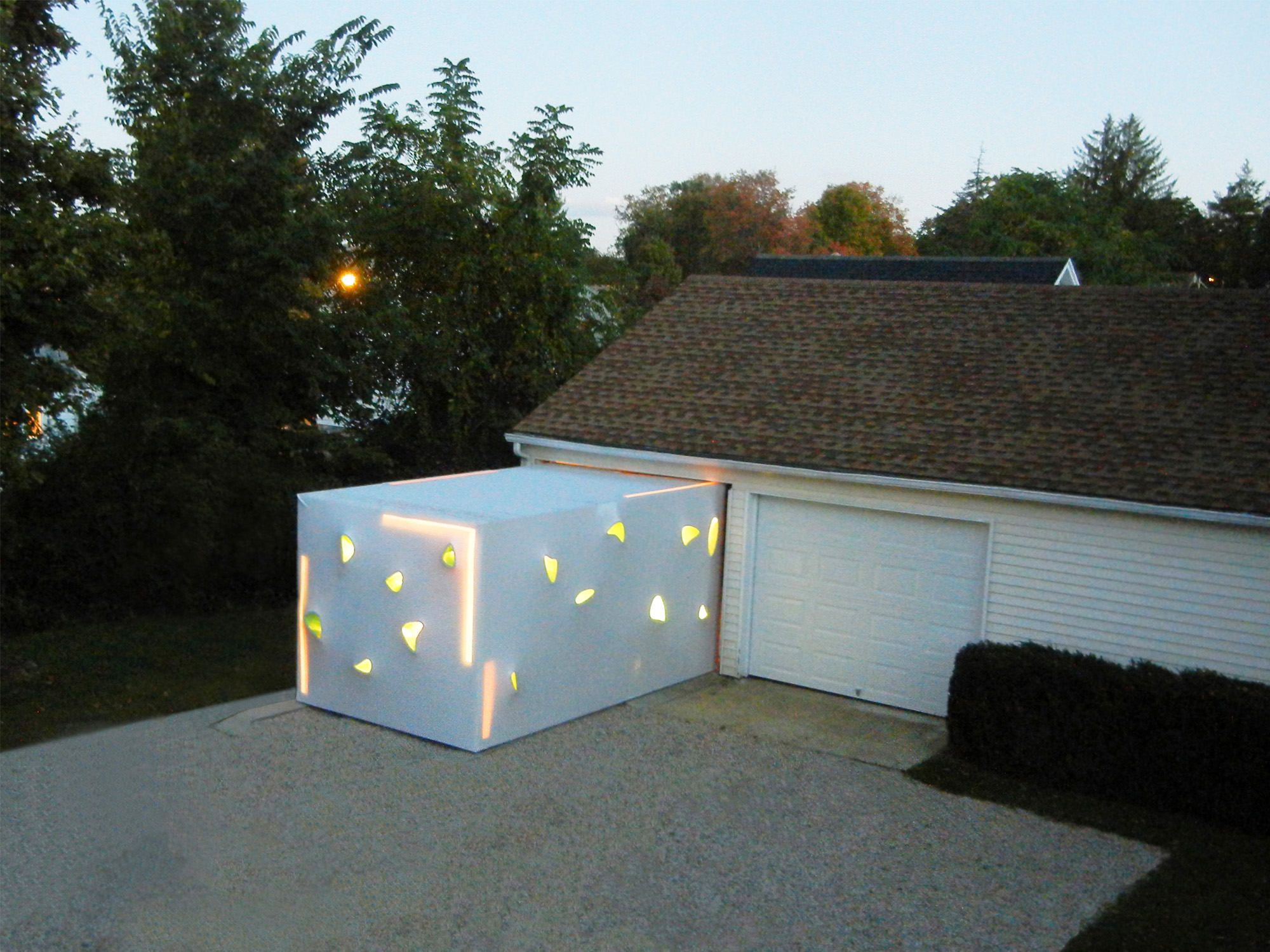 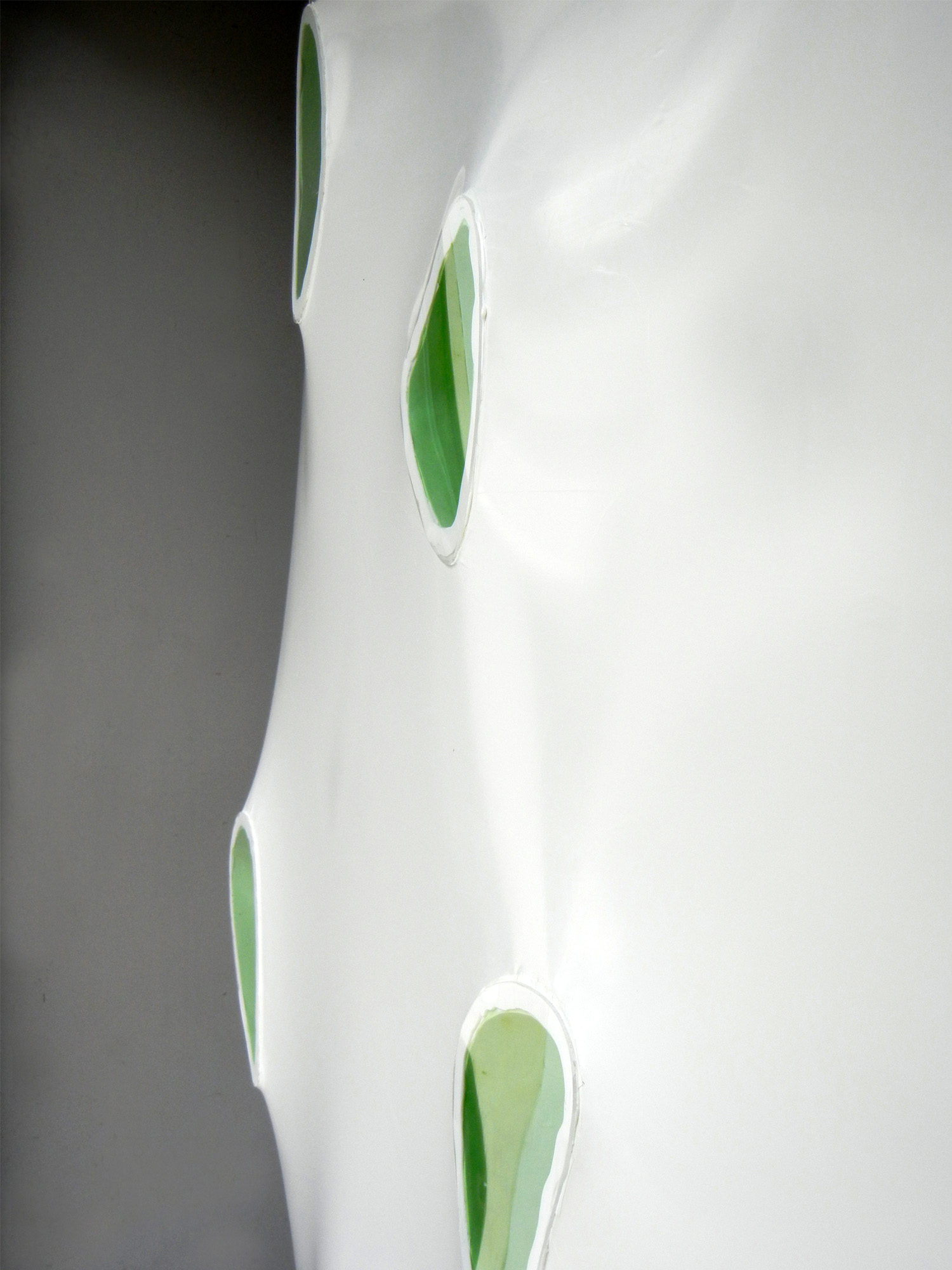 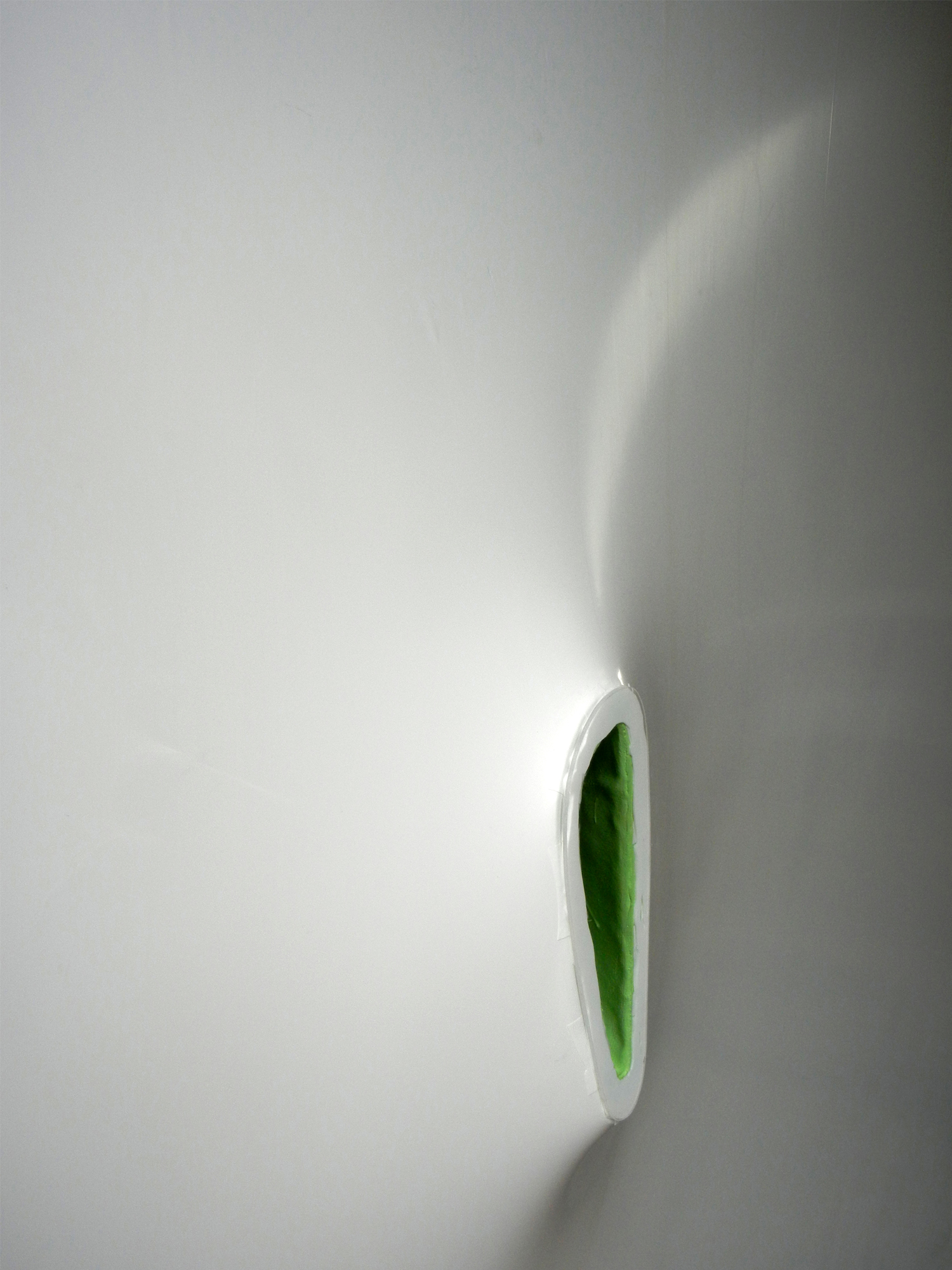 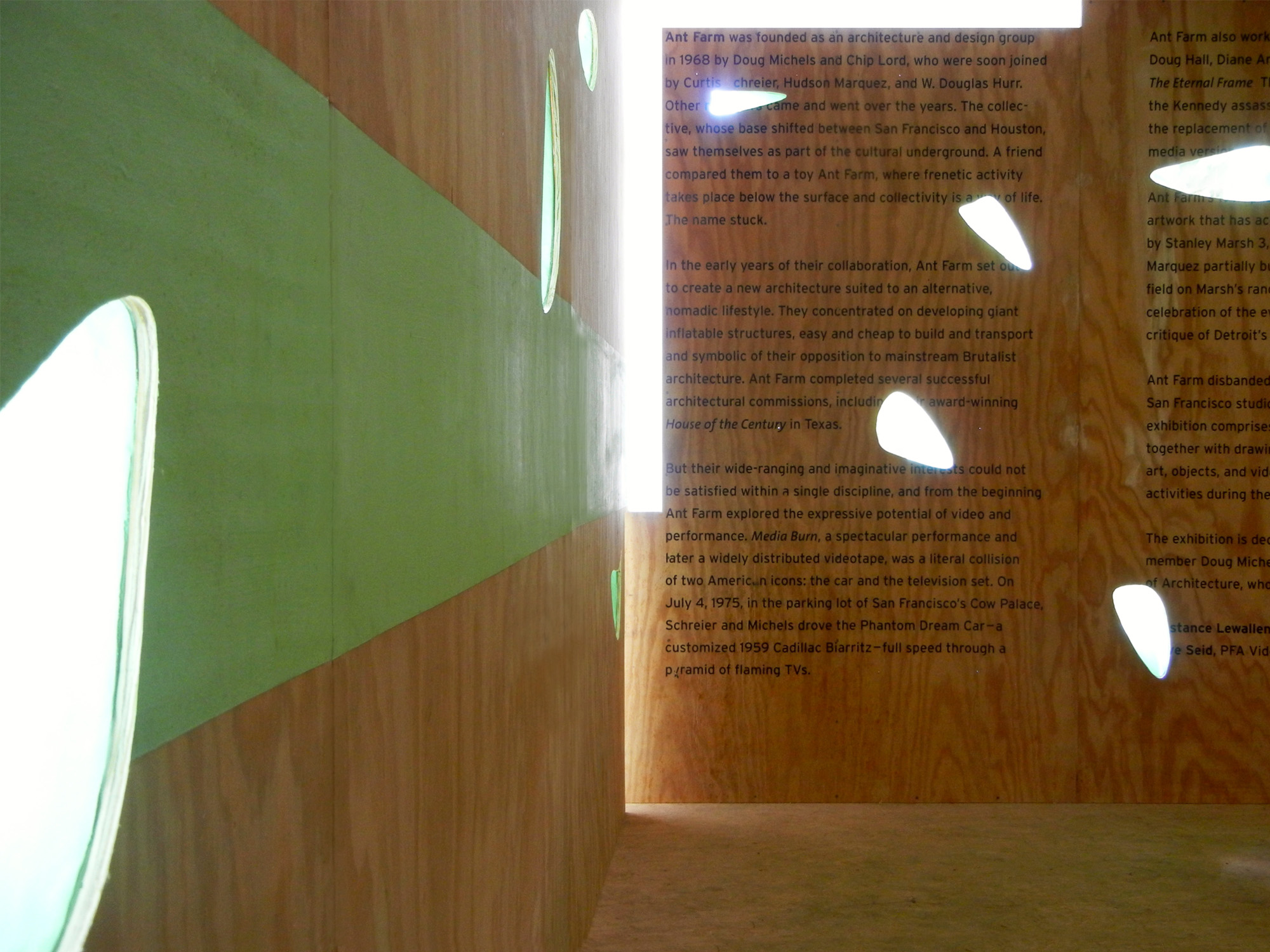 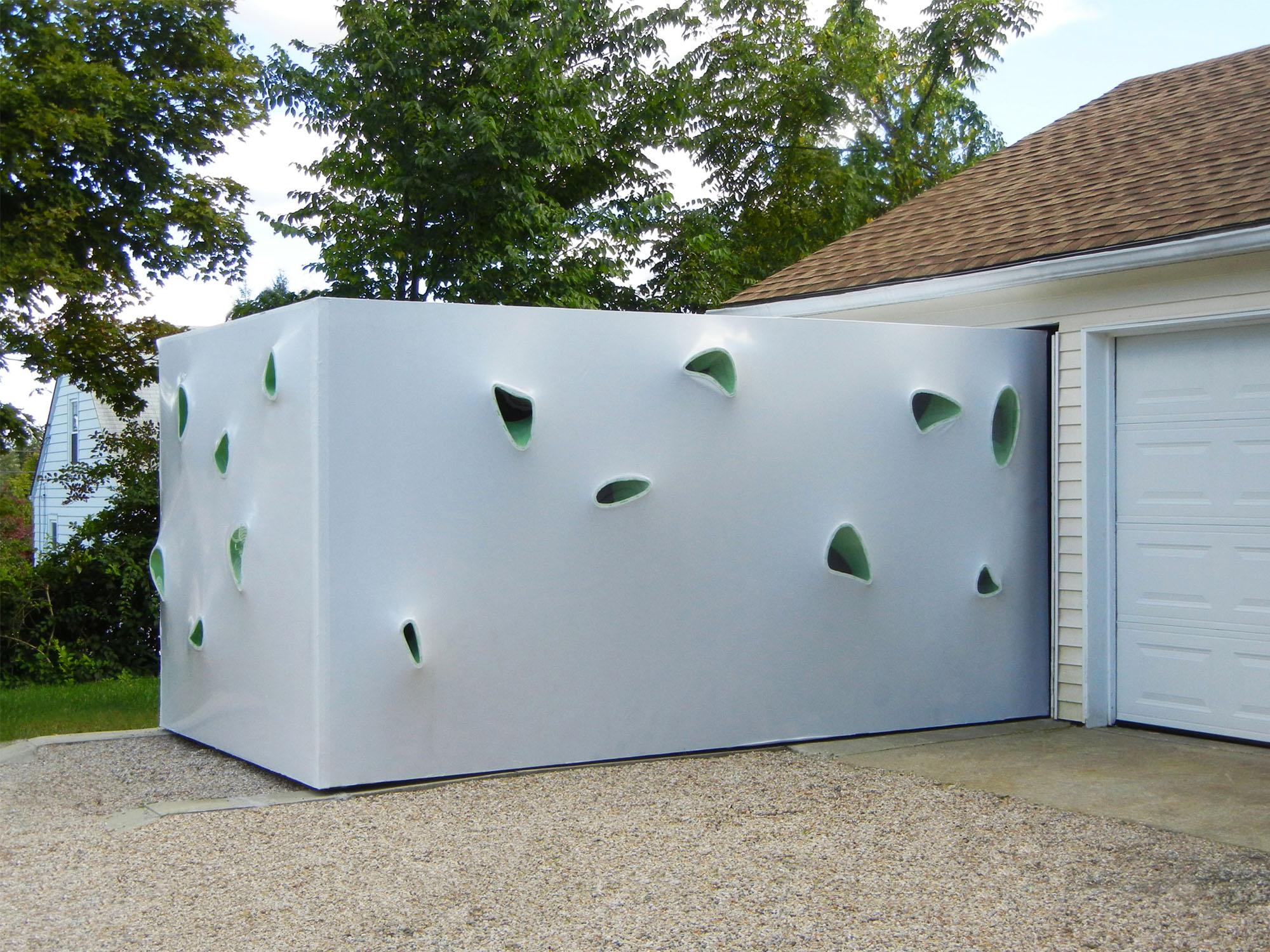 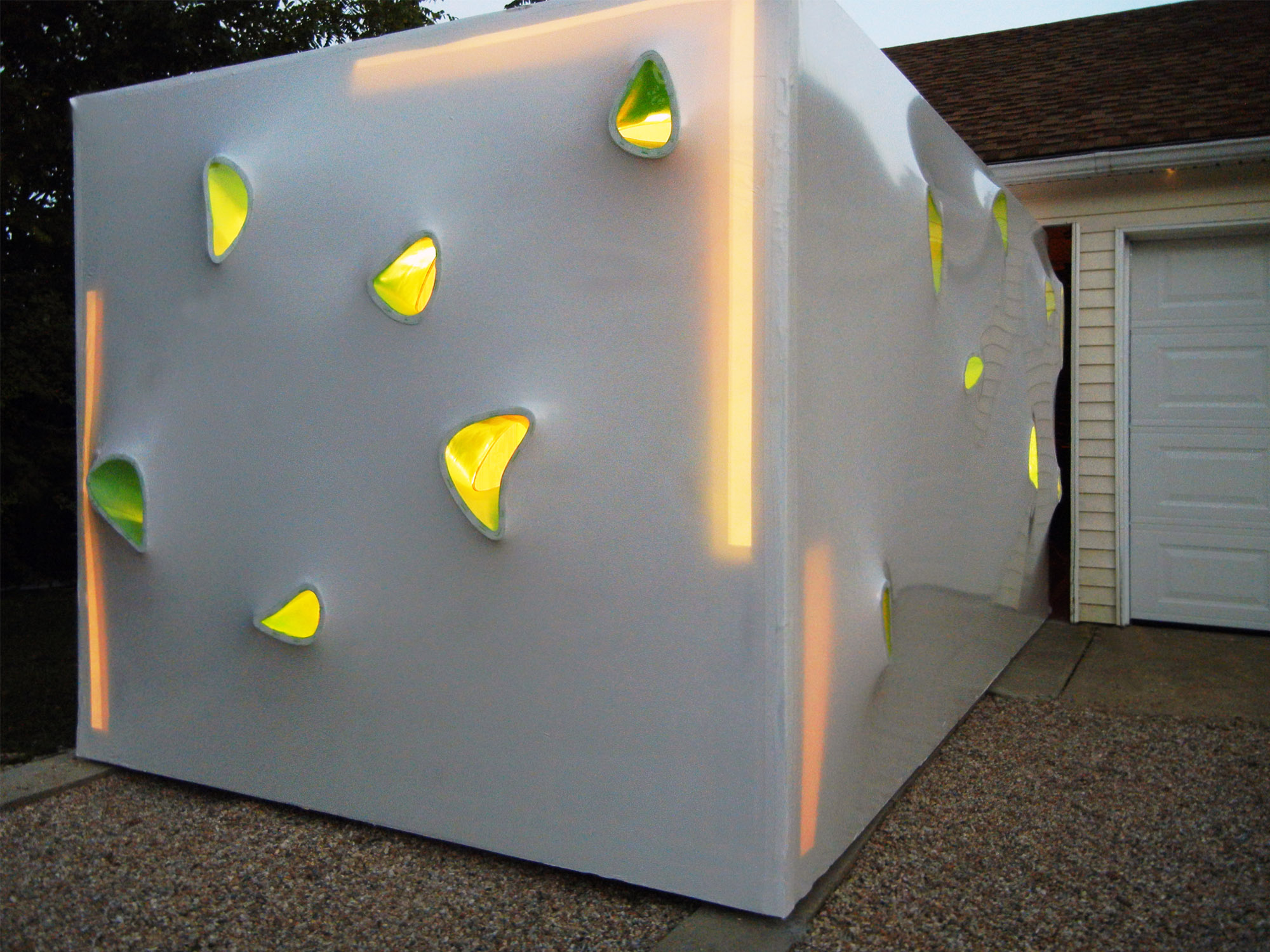 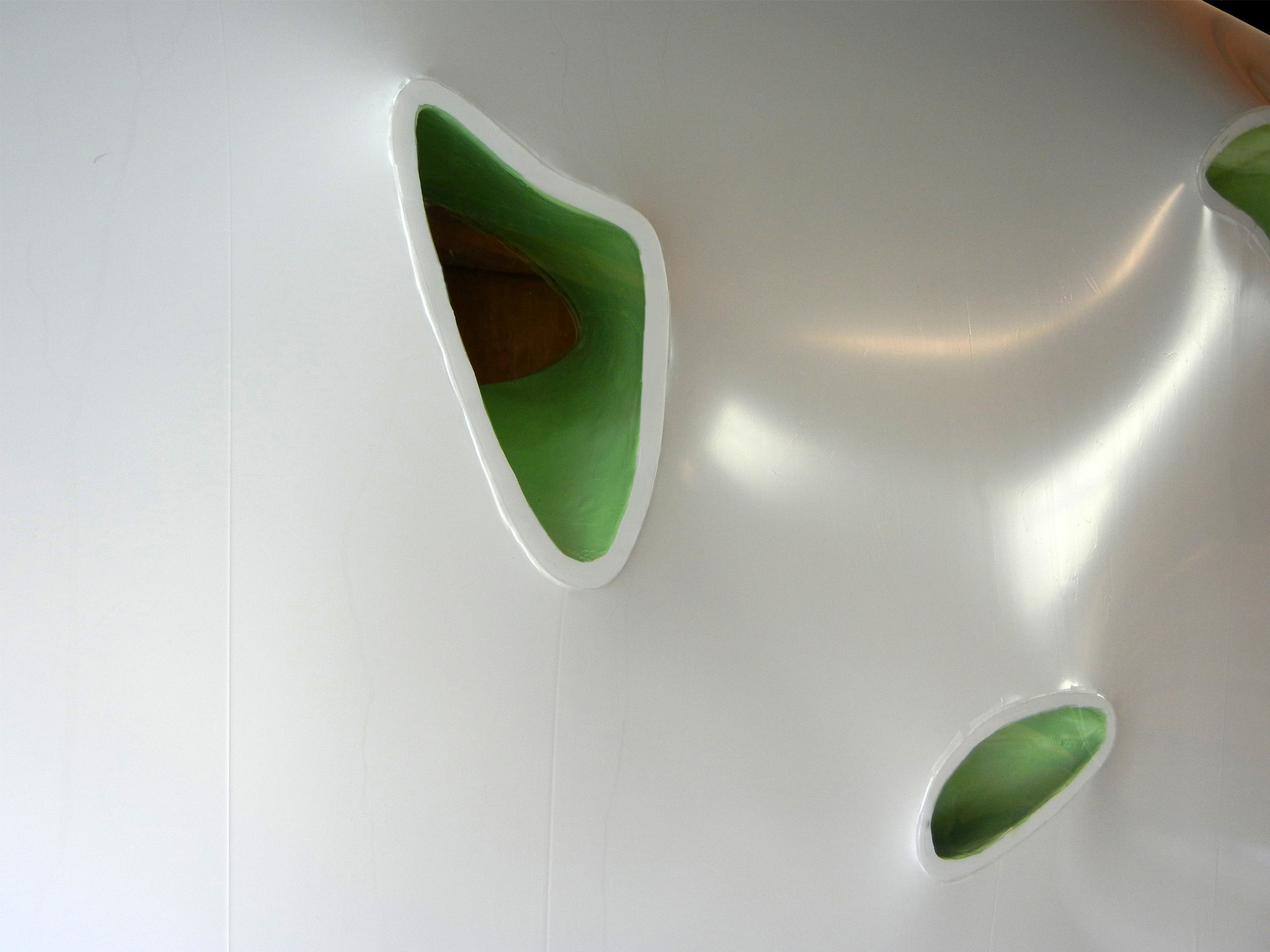 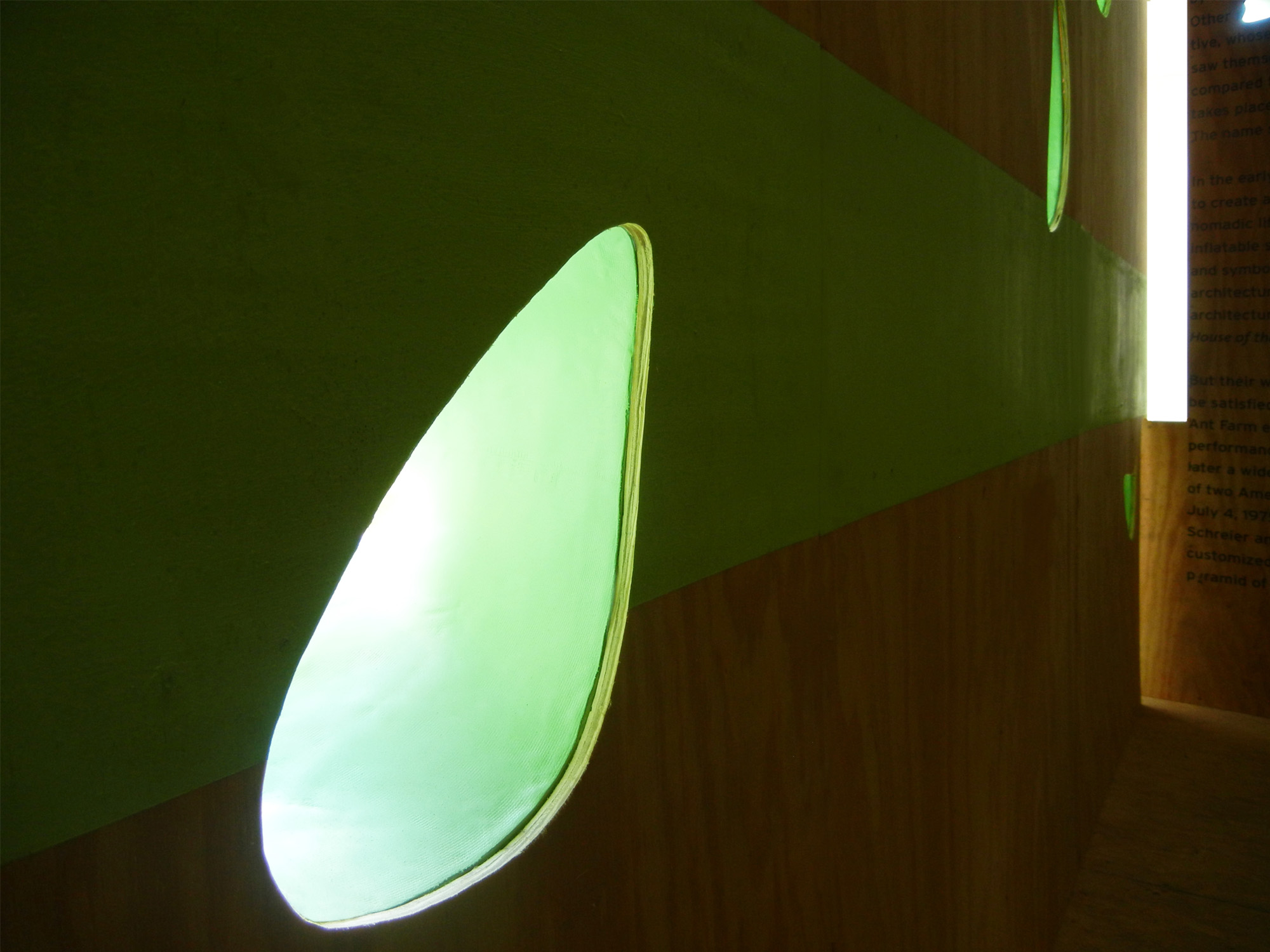 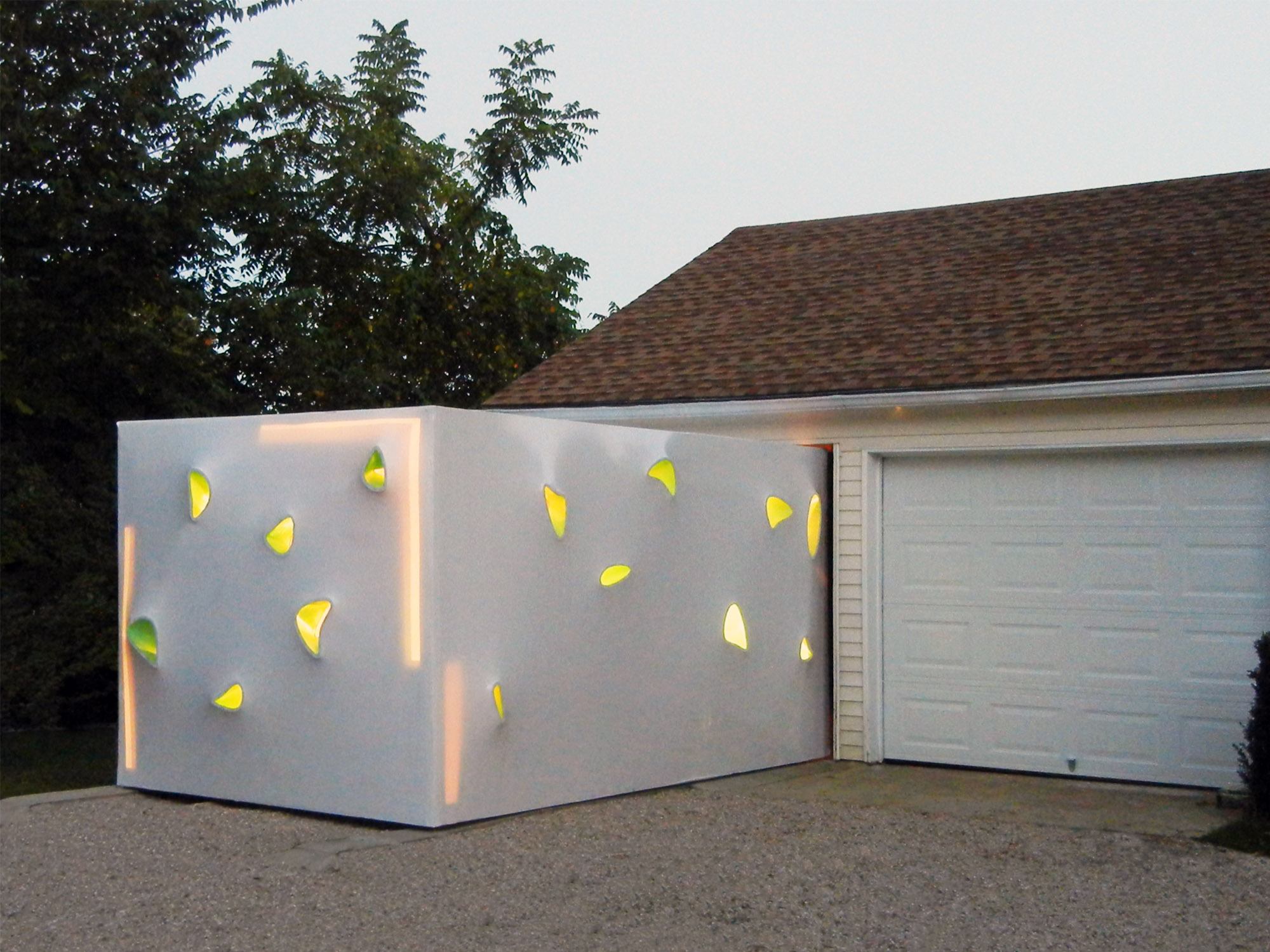 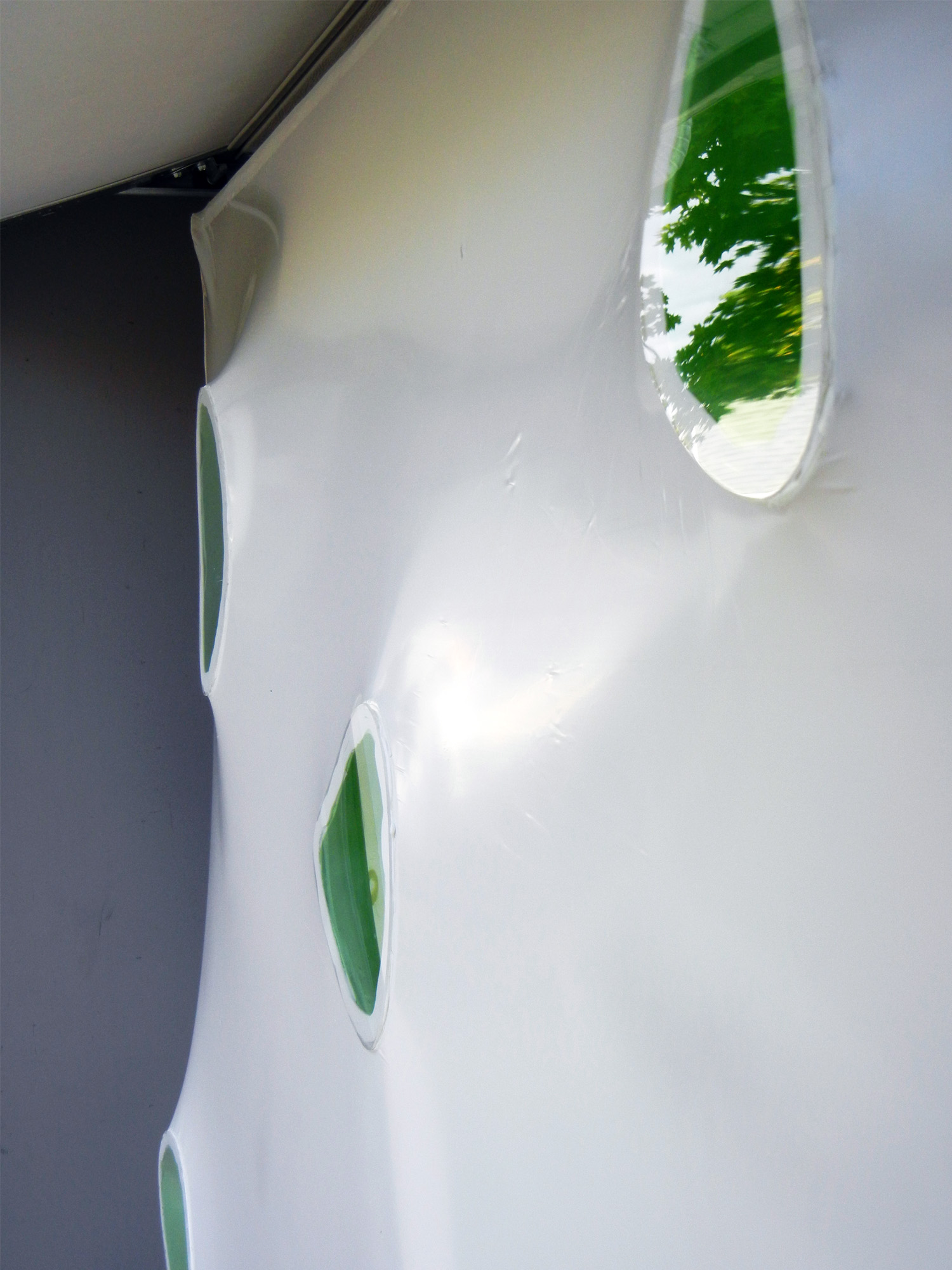 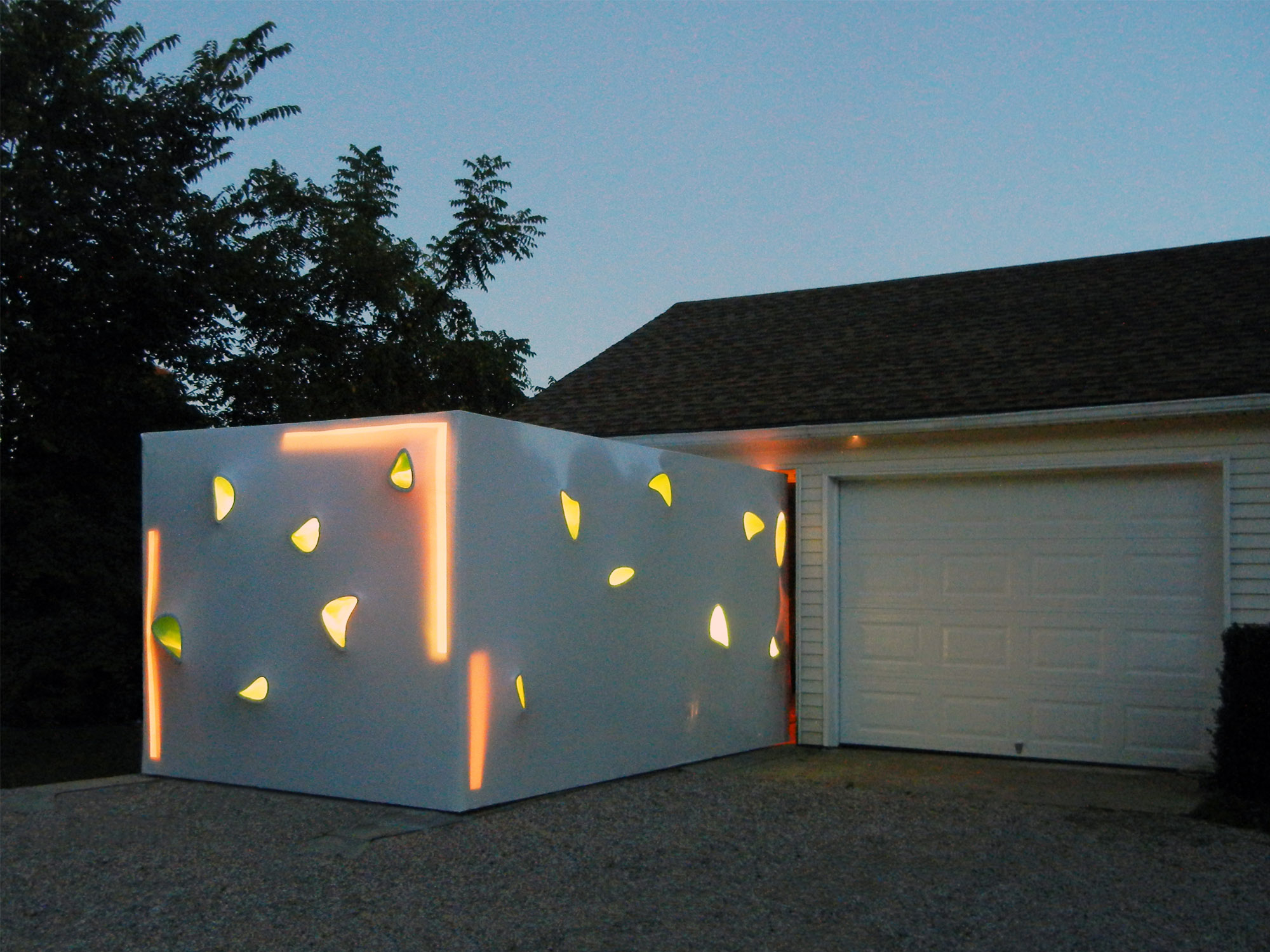 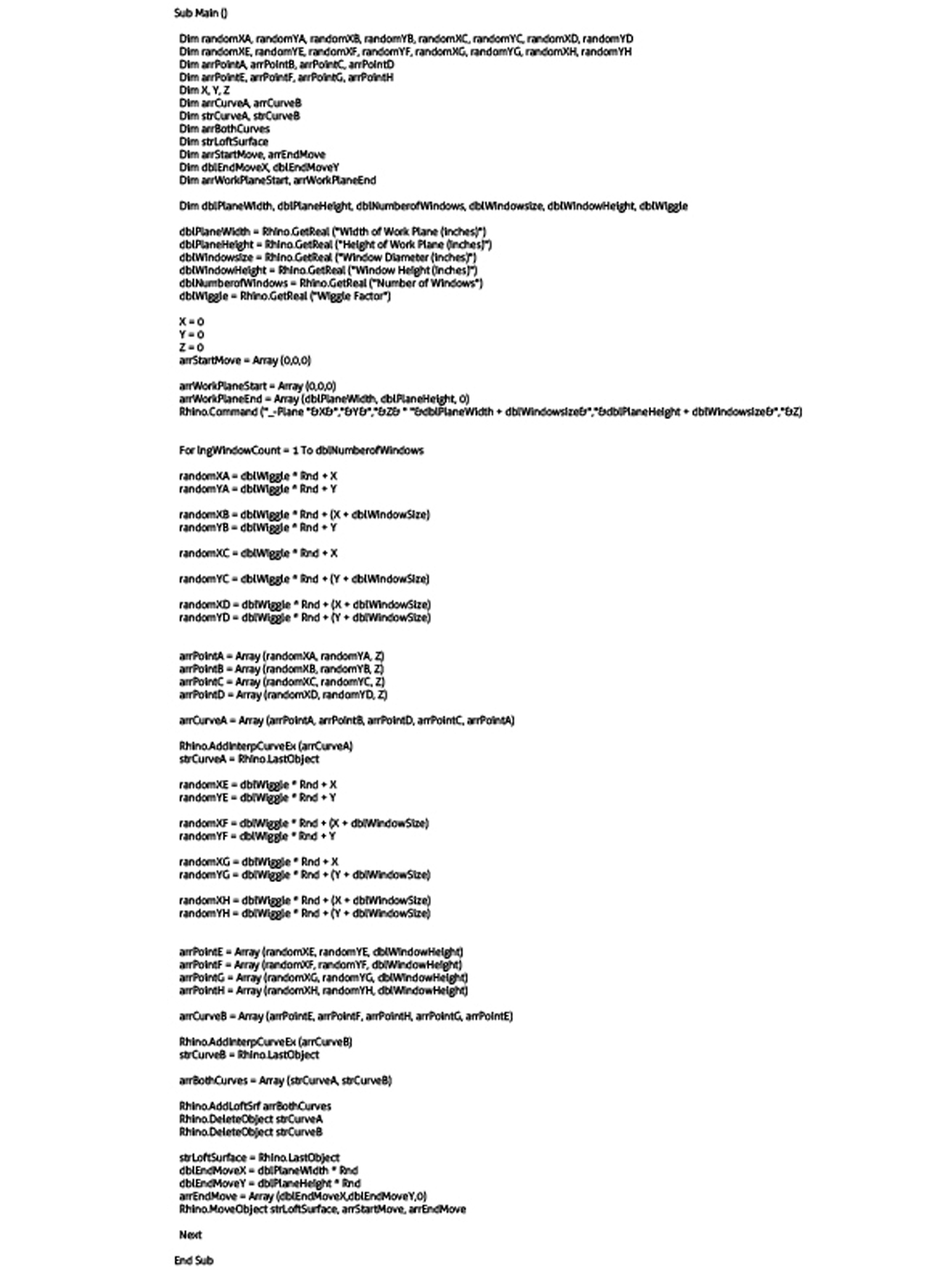 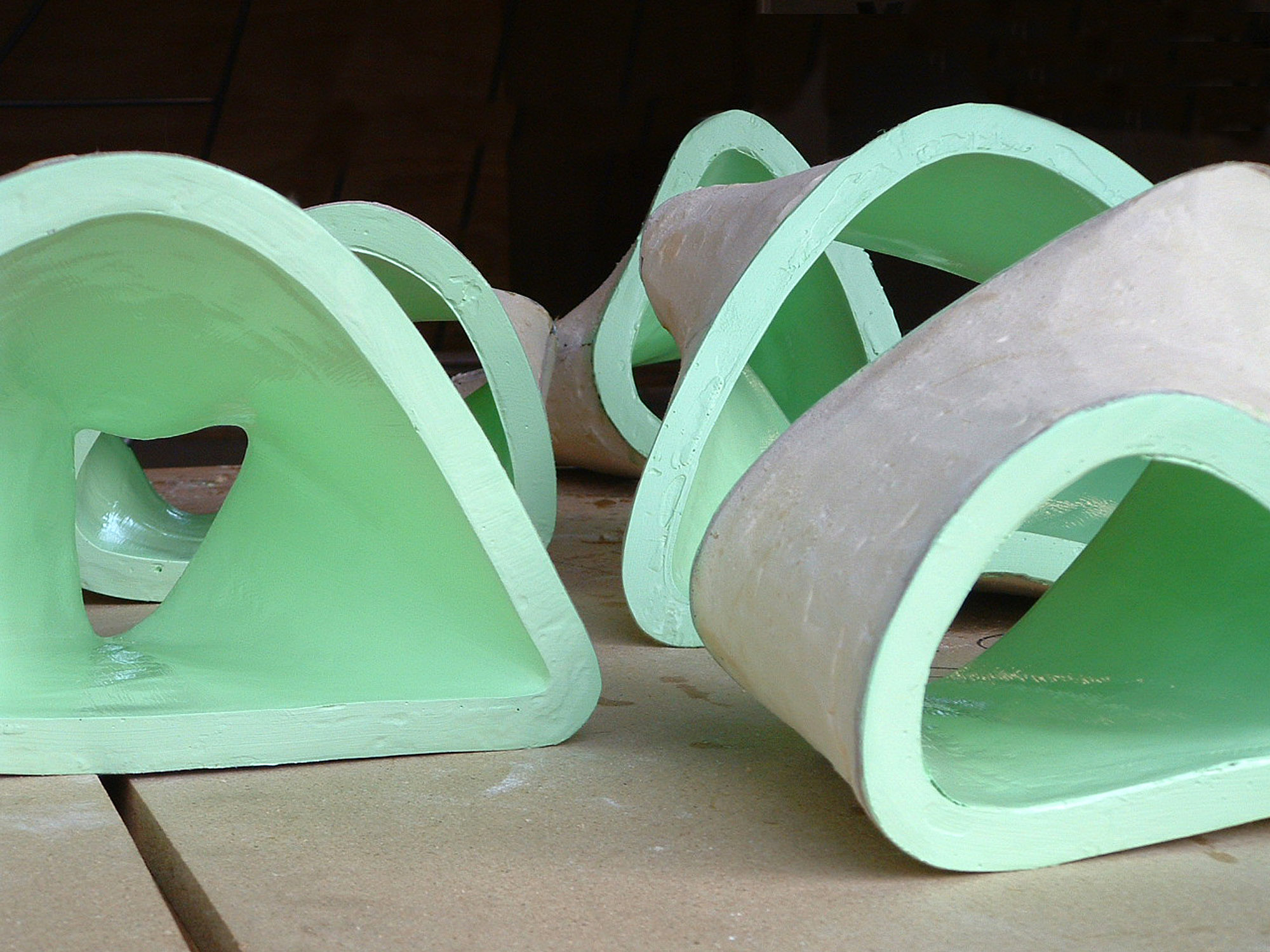 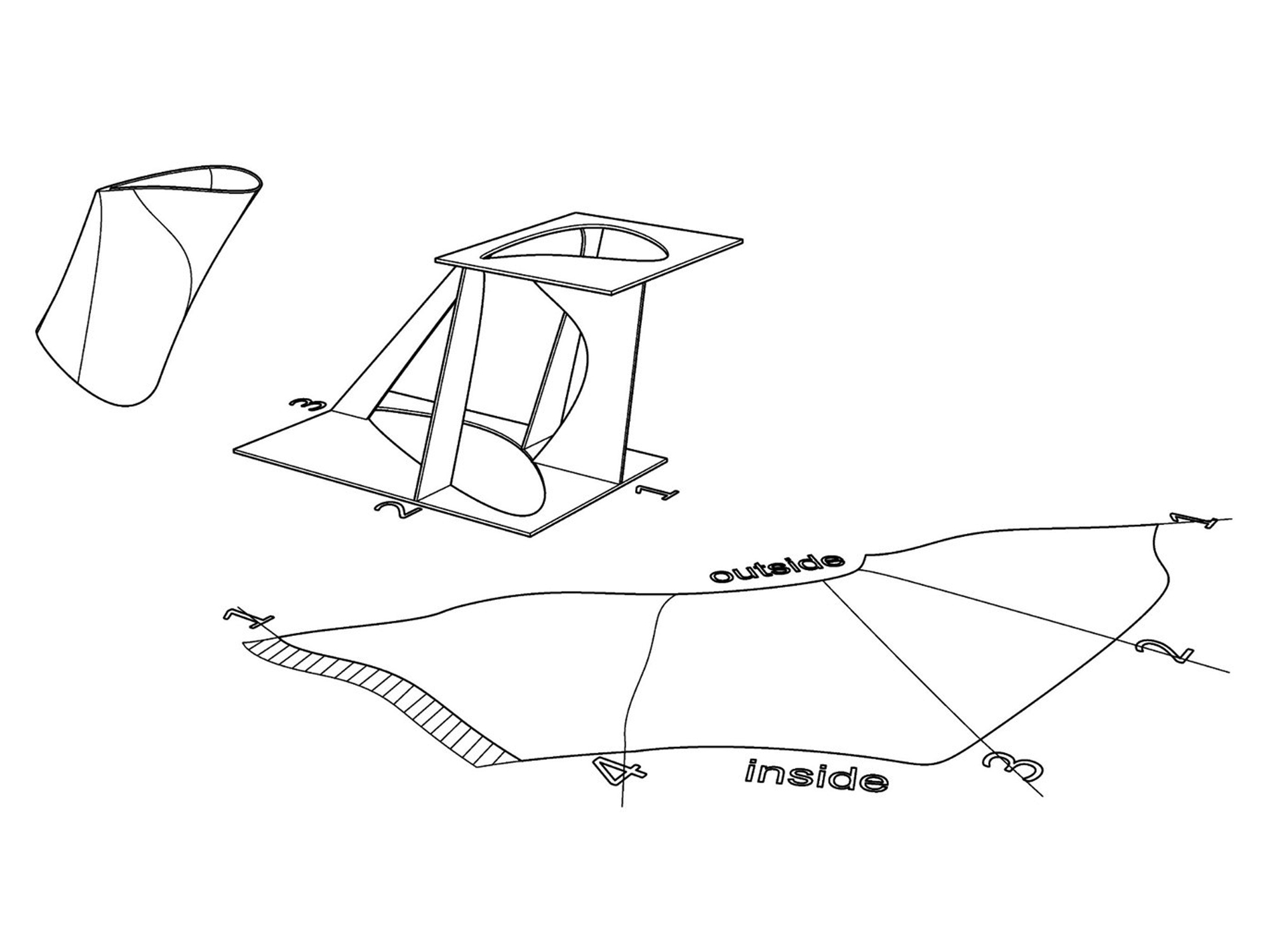 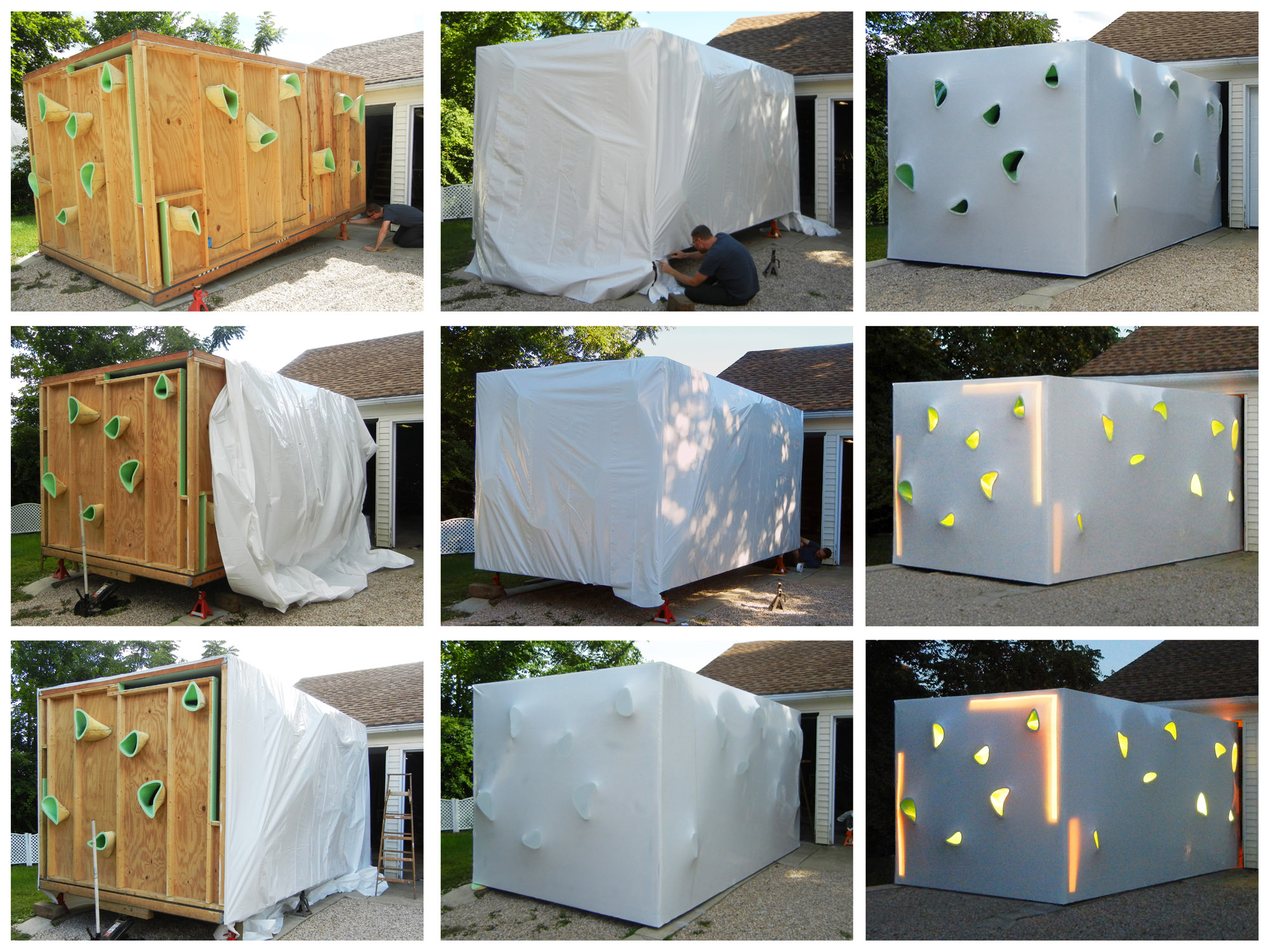 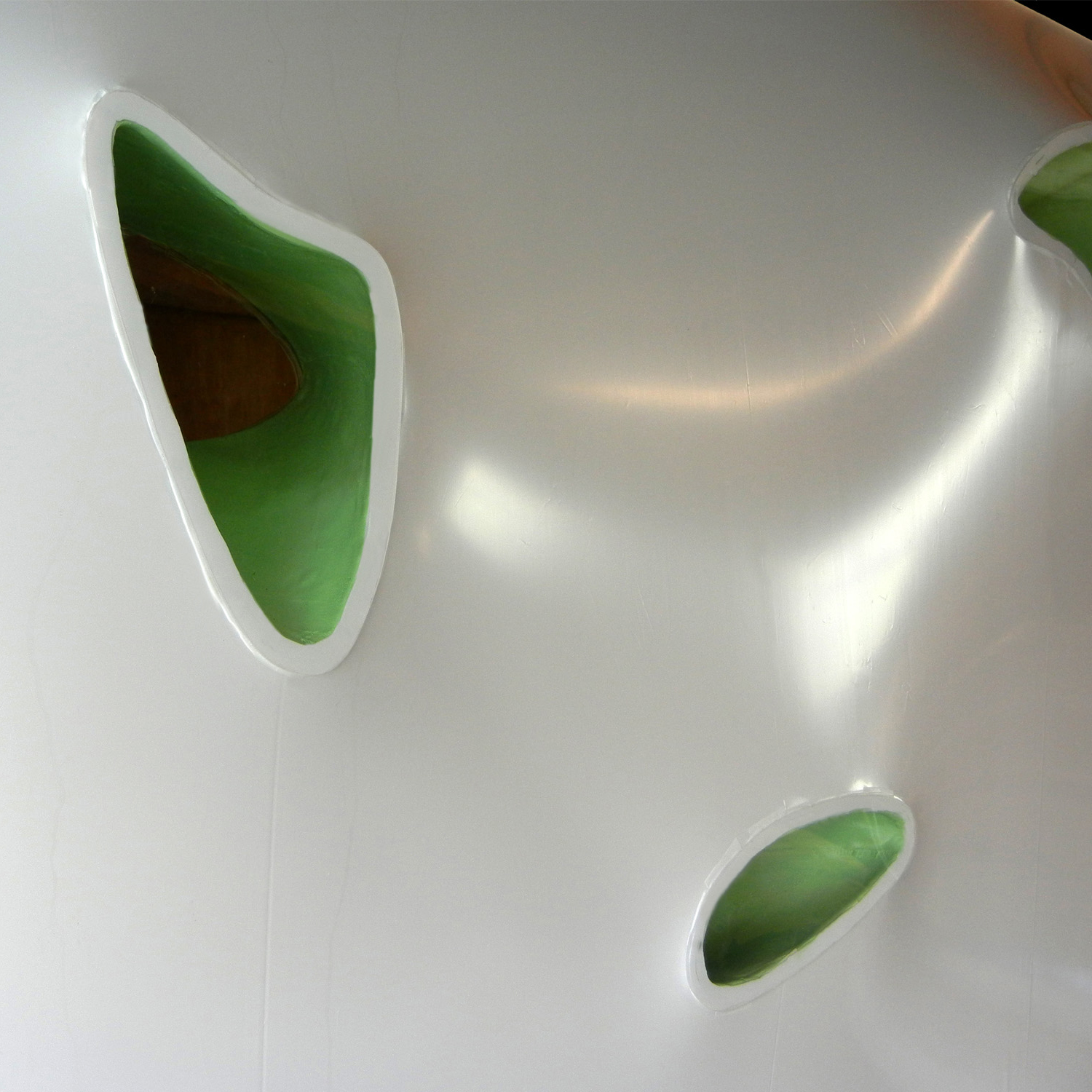