This four-story tall installation was the result of research that investigated two issues. The first was a search for methods of geometrically constructing curved surfaces that can be unrolled into flat 2d patterns without distortion. These surfaces have only simple curvature, with no compound curvature, and have what is known as zero Gaussian curvature. The second focused on an assembly principle. Dissimilarly curved edges of flat shapes are joined along their lengths, pulling the components into a spatial assembly.

Generating zero Gaussian surfaces is inherently problematic. The solution found for this project required an unorthodox design process. Zero Gaussian surfaces could not be constructed from a desired set of edge curves. Rather, a library of curved surfaces was generated using a different technique and these surfaces were then overlapped and trimmed, resulting in the final form of the piece. The design process is consequently unpredictable in nature and requires an intuitive feel for directing the overall form.

Continuous zippers join the edges of the 3mm thick plywood, which was cut with a CNC router. The assembly method allowed for rapid deployment from flat 2d components to 3d form. The installation was divided into three vertical segments, with the form having a perceptual continuity across gaps at the divisions. 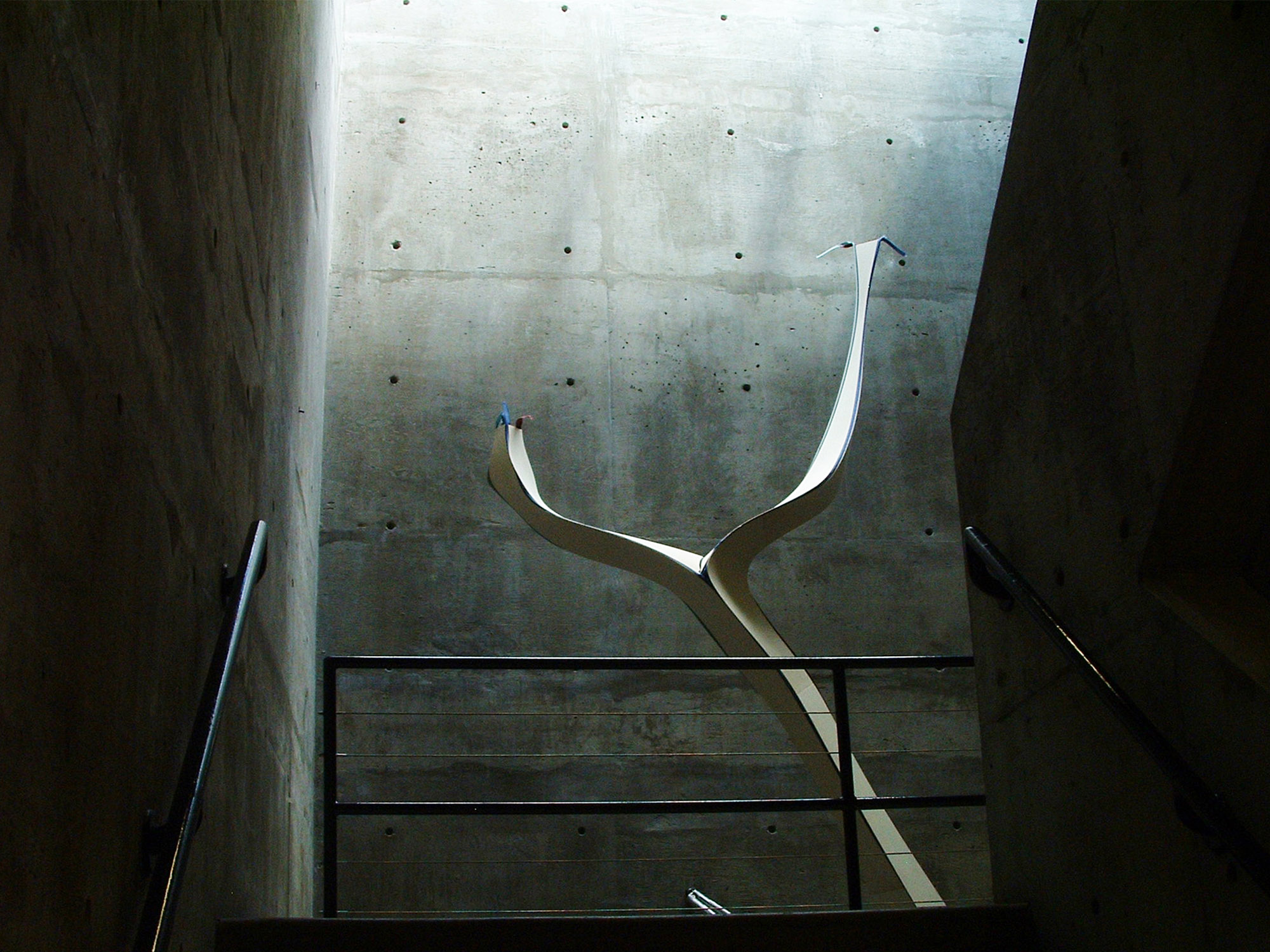 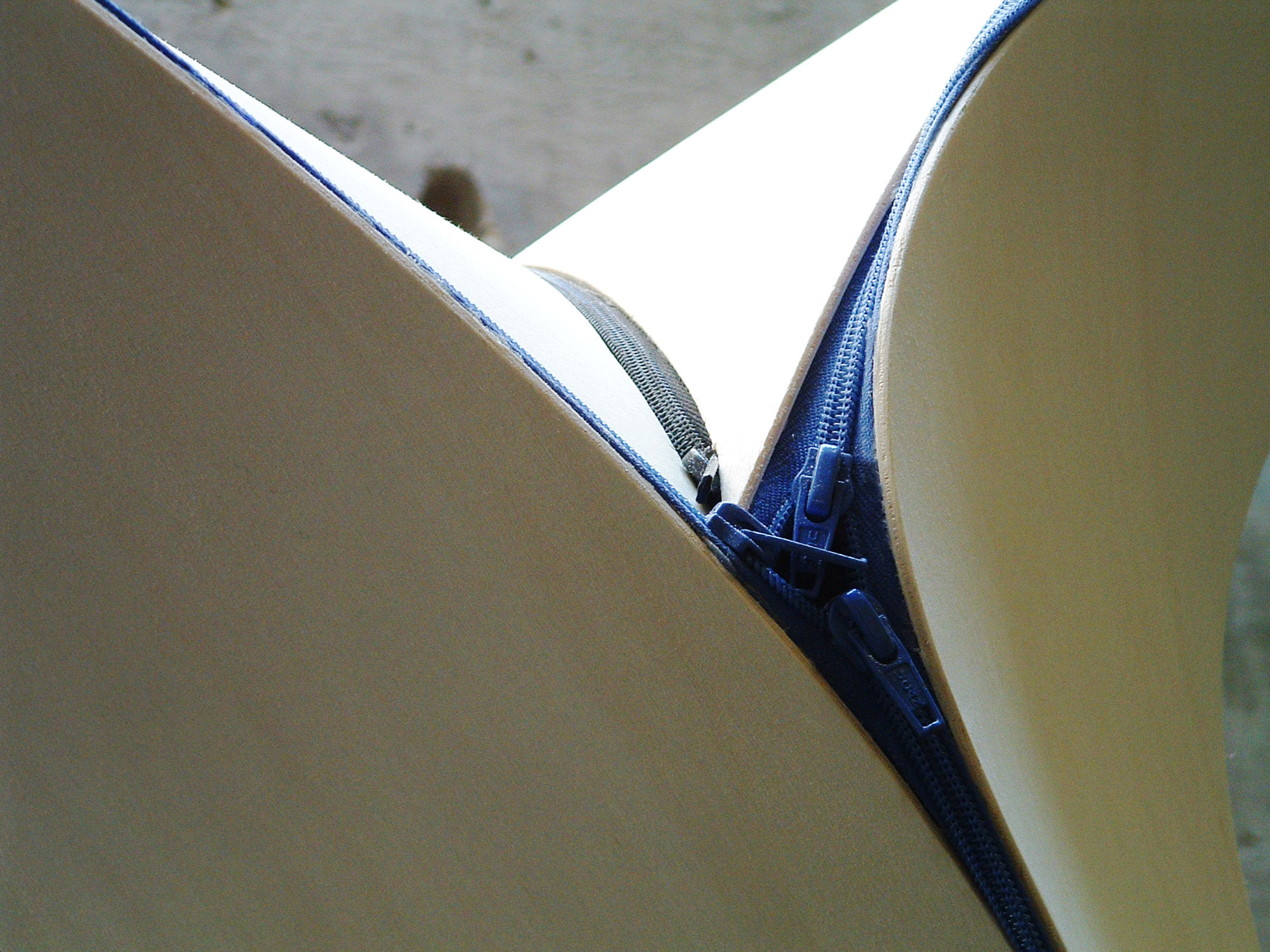 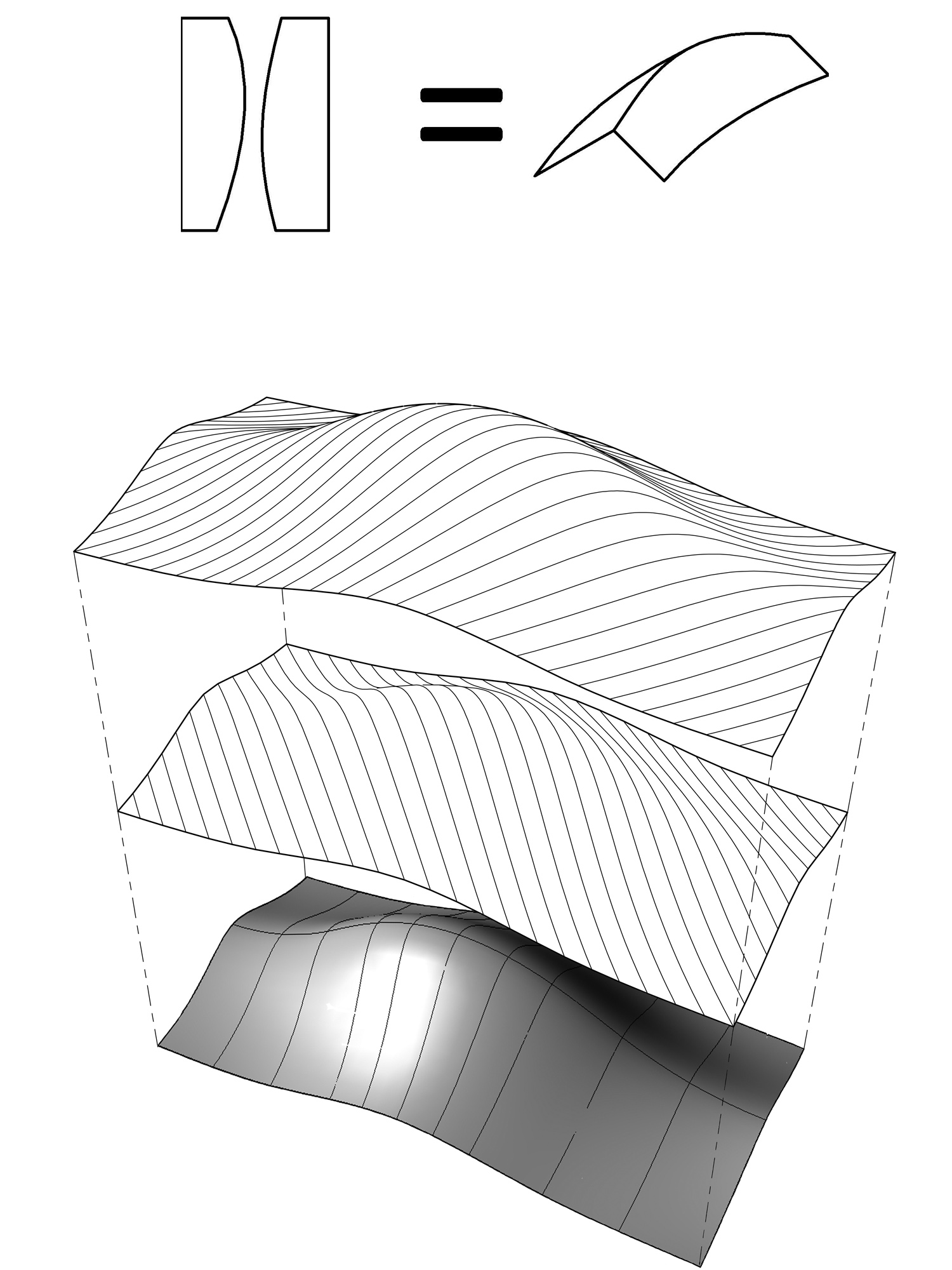 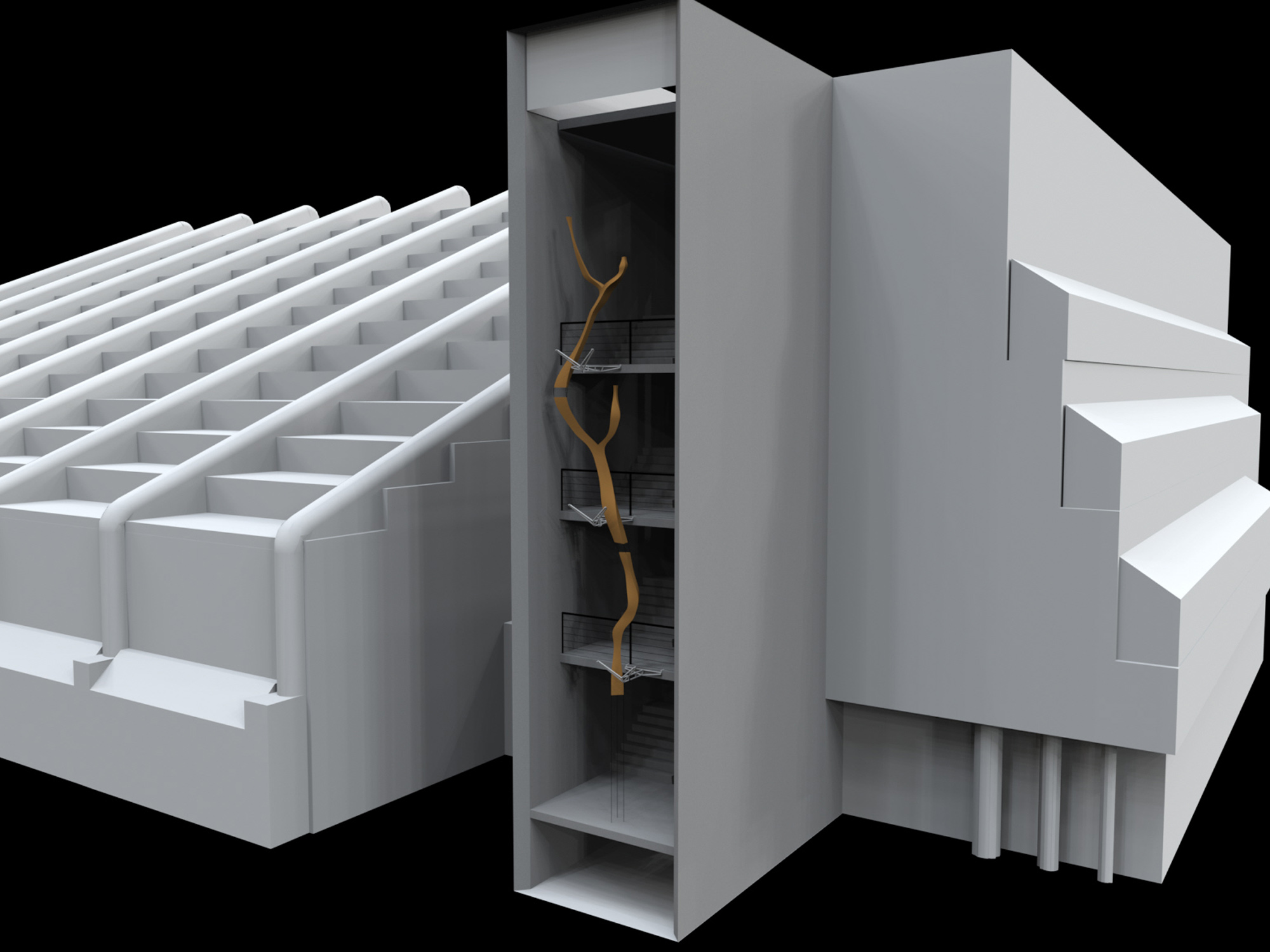 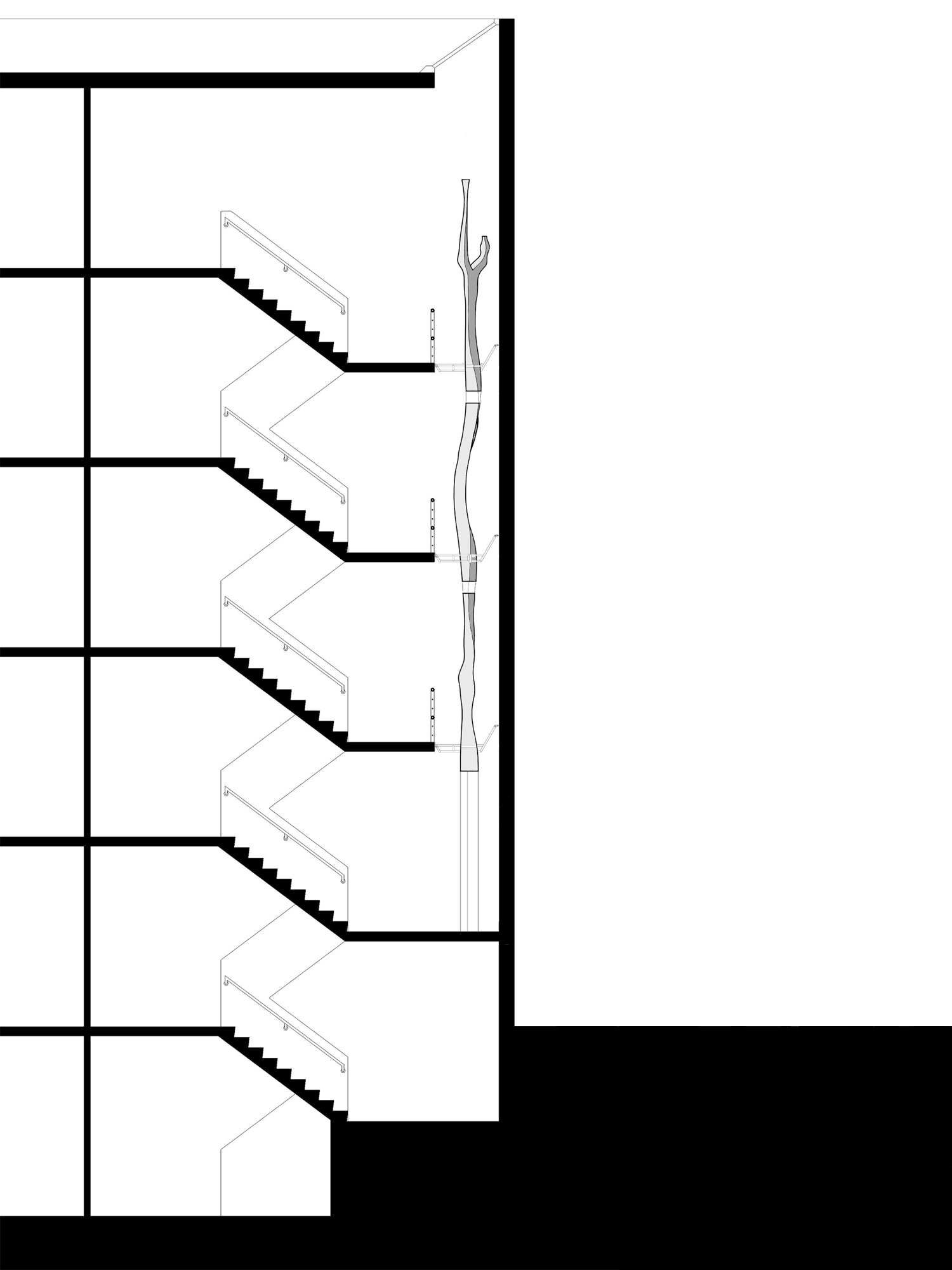 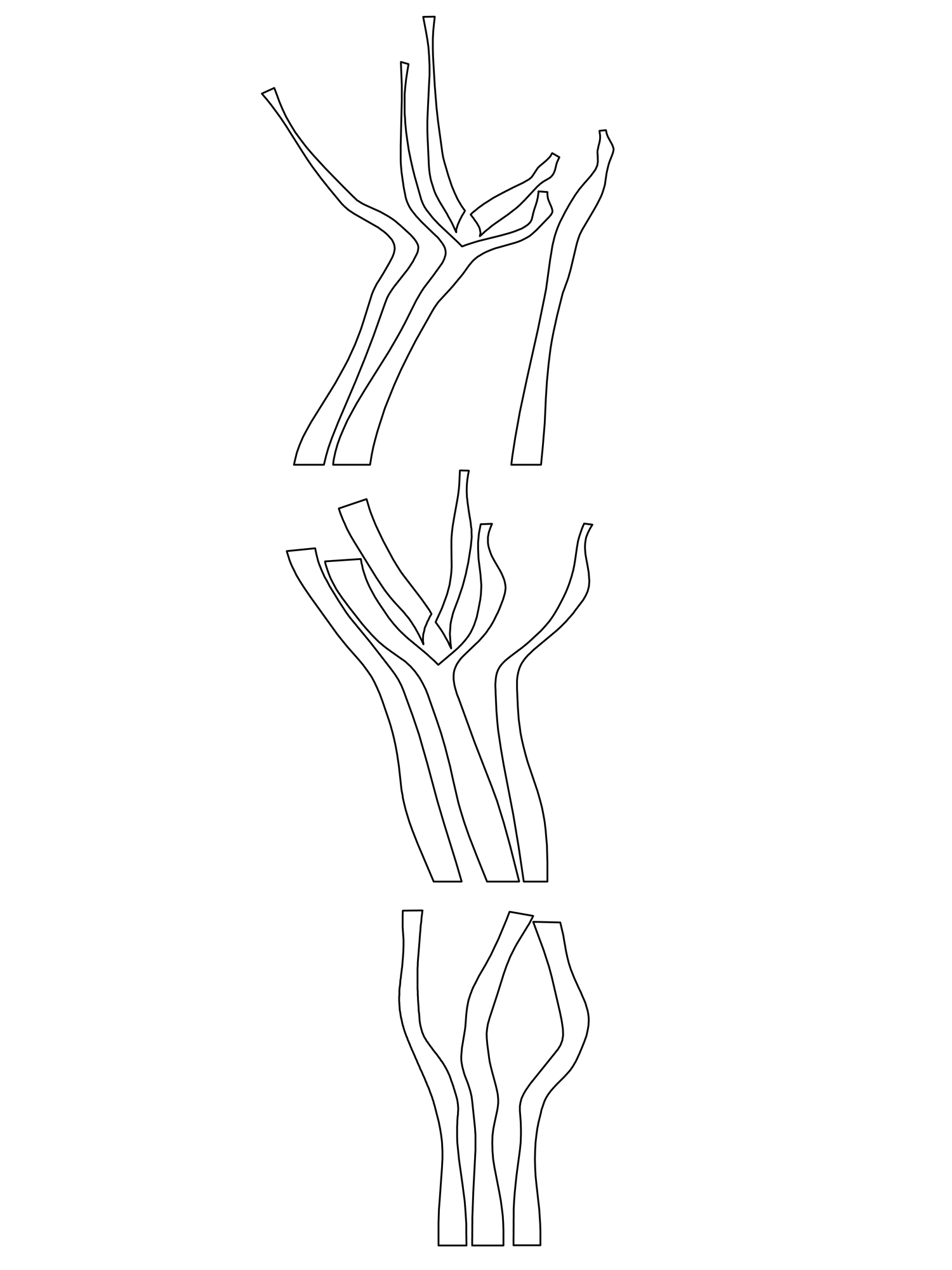 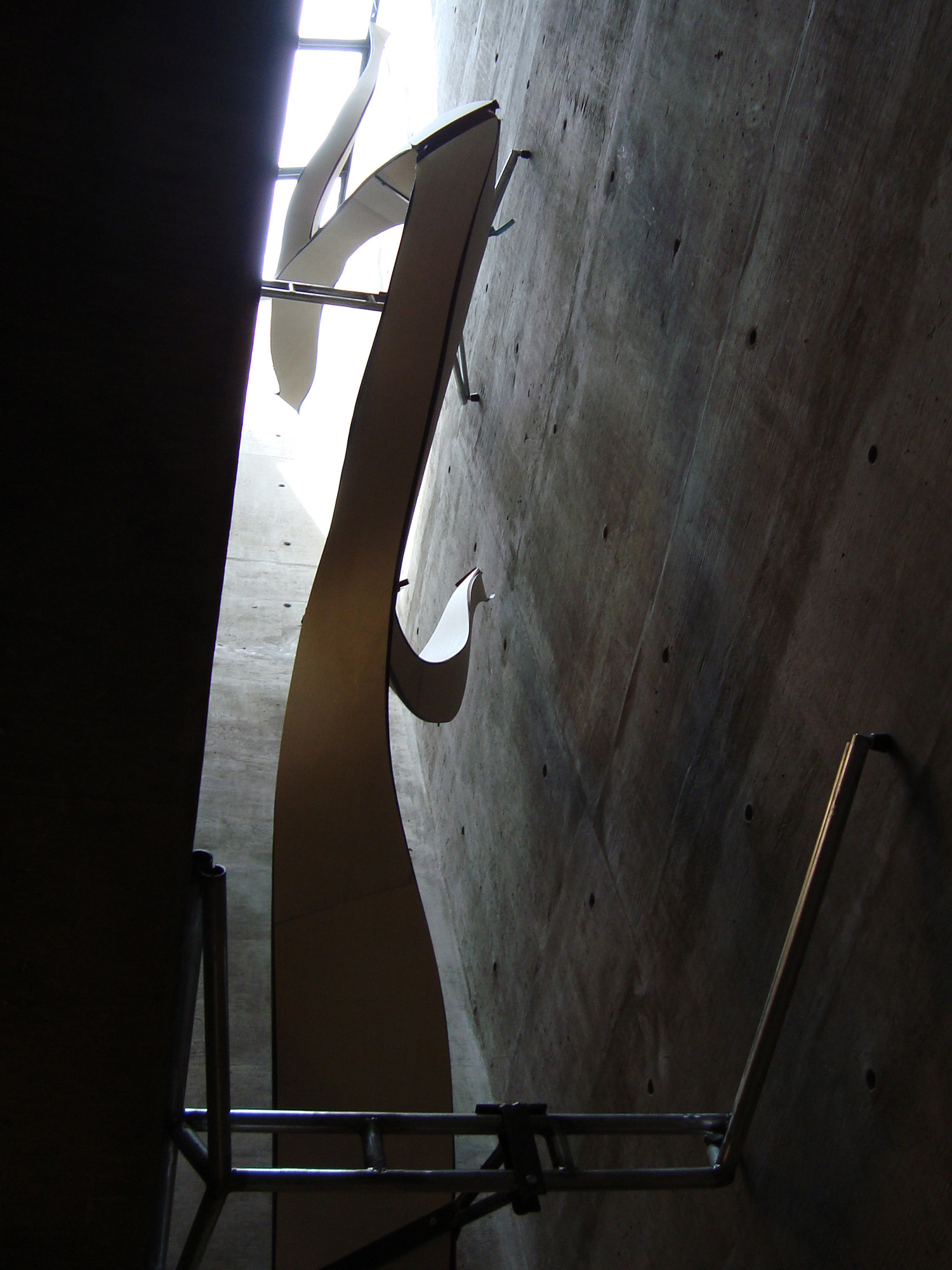 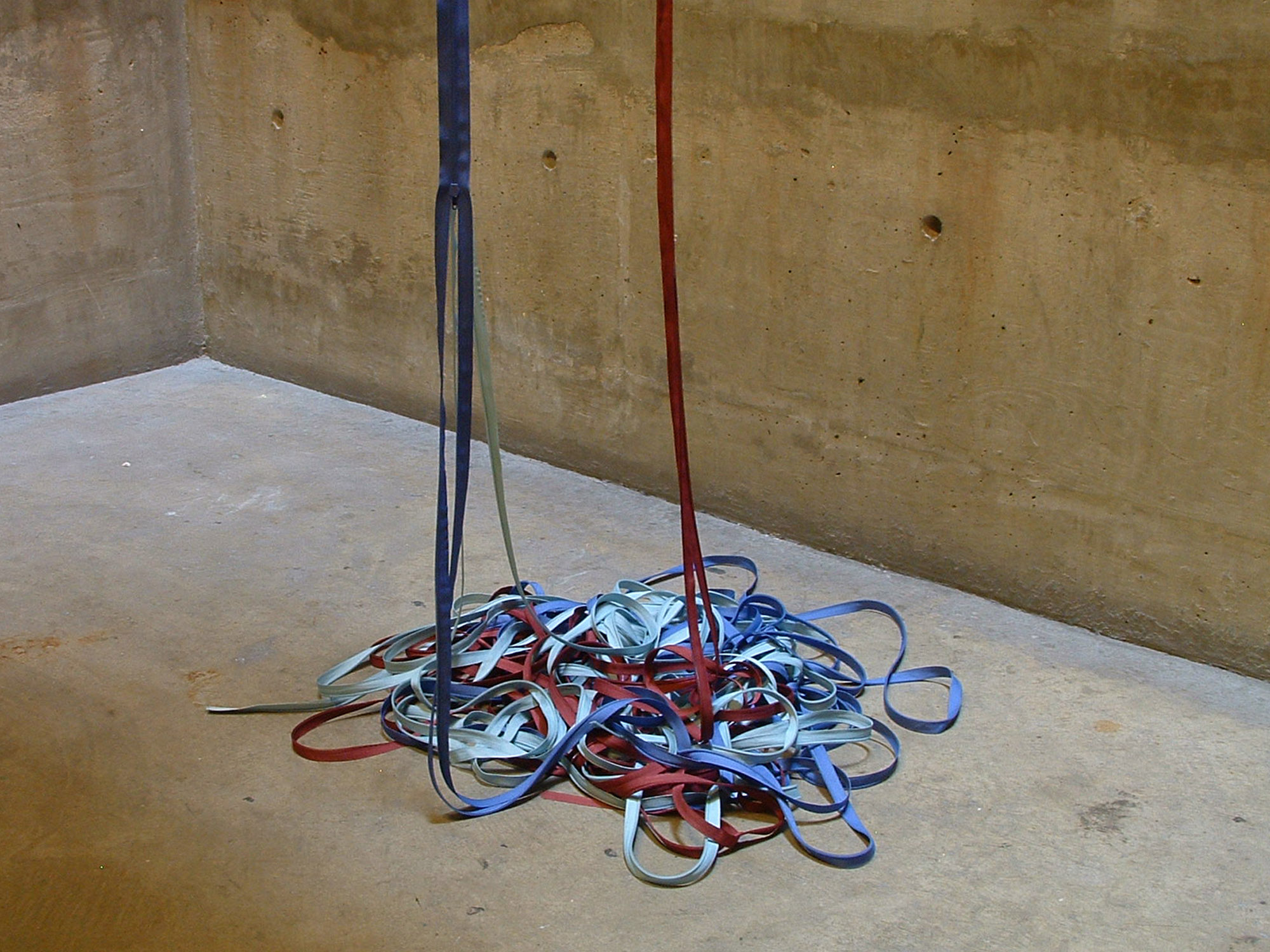 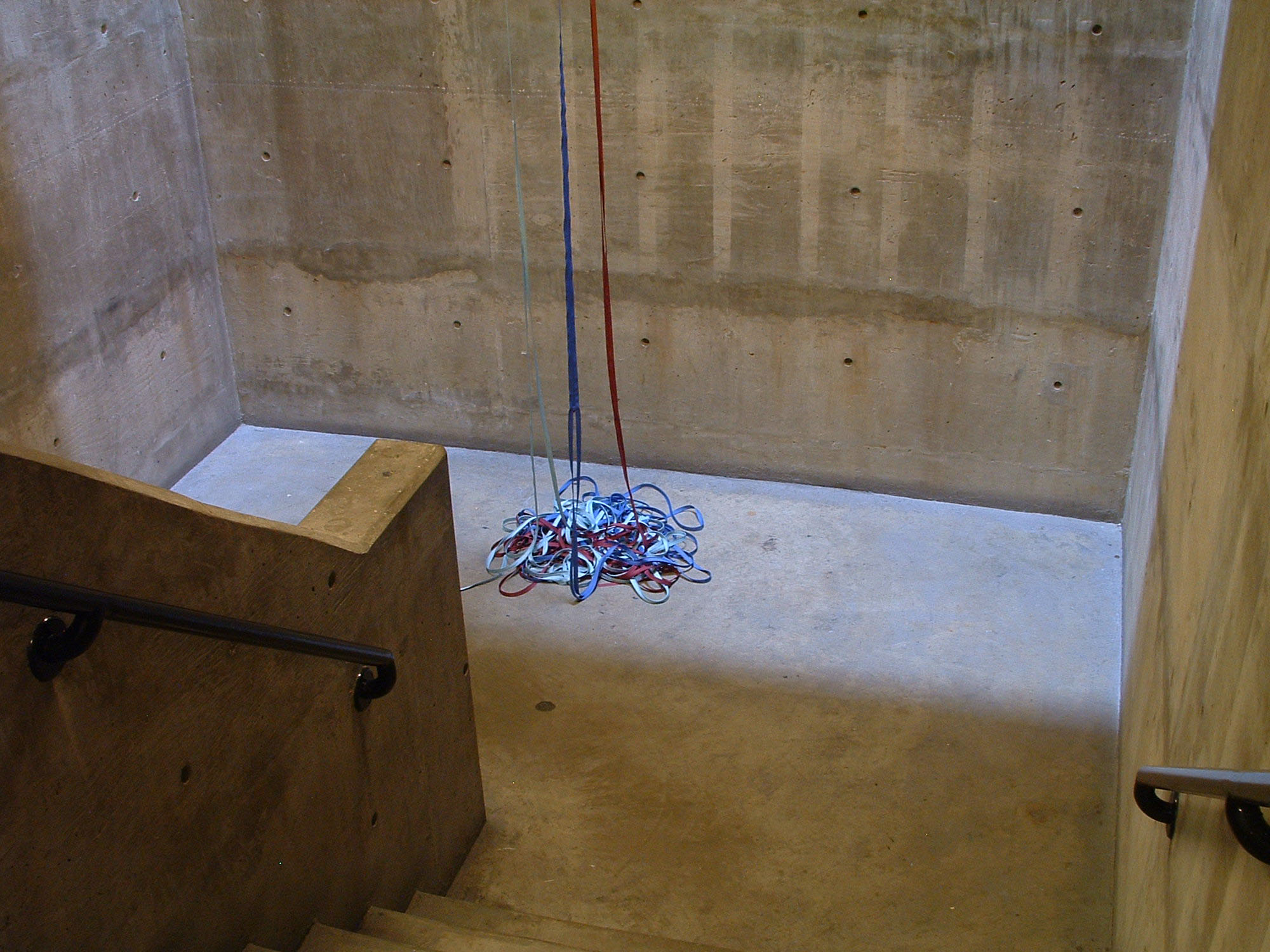 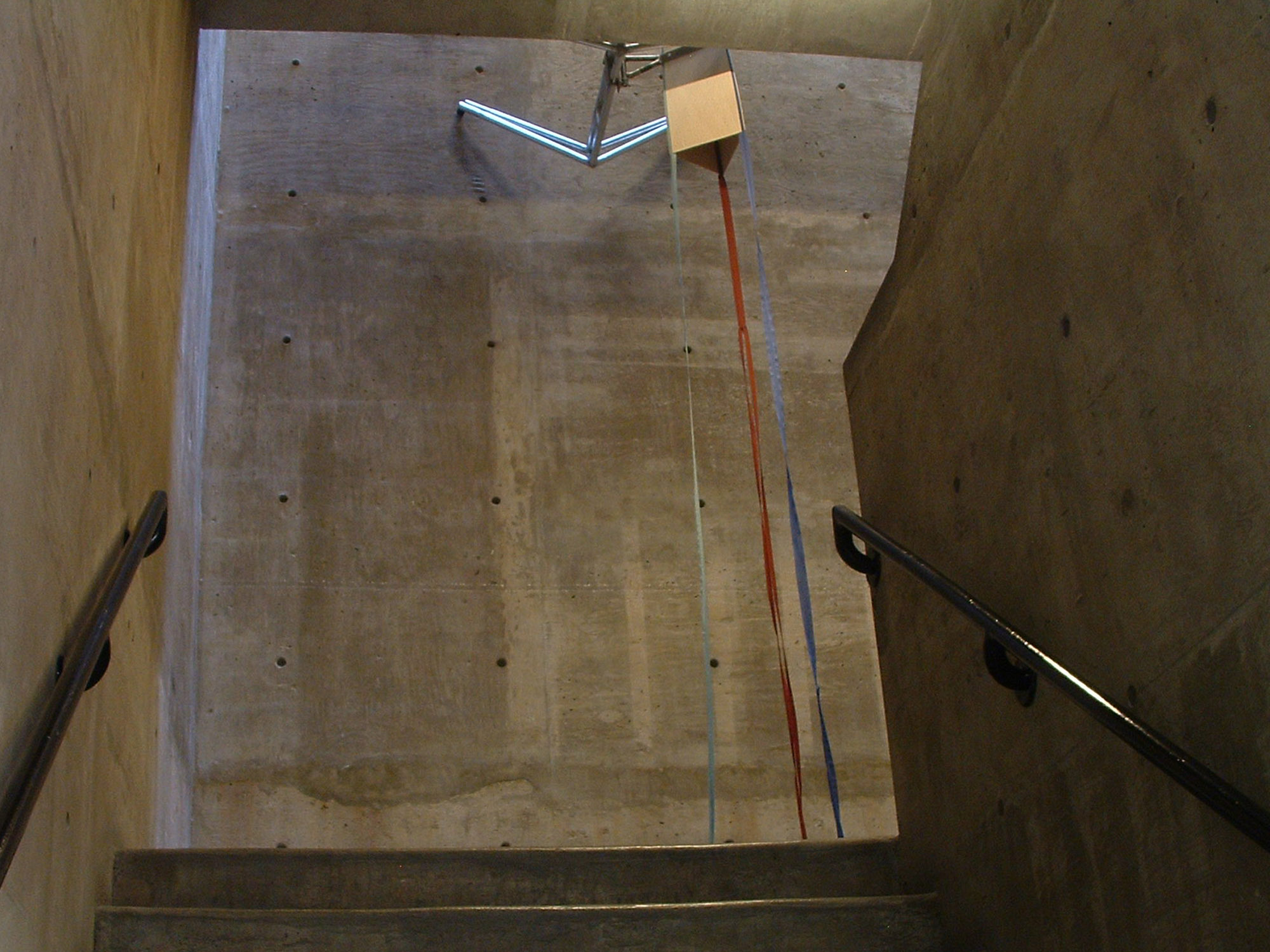 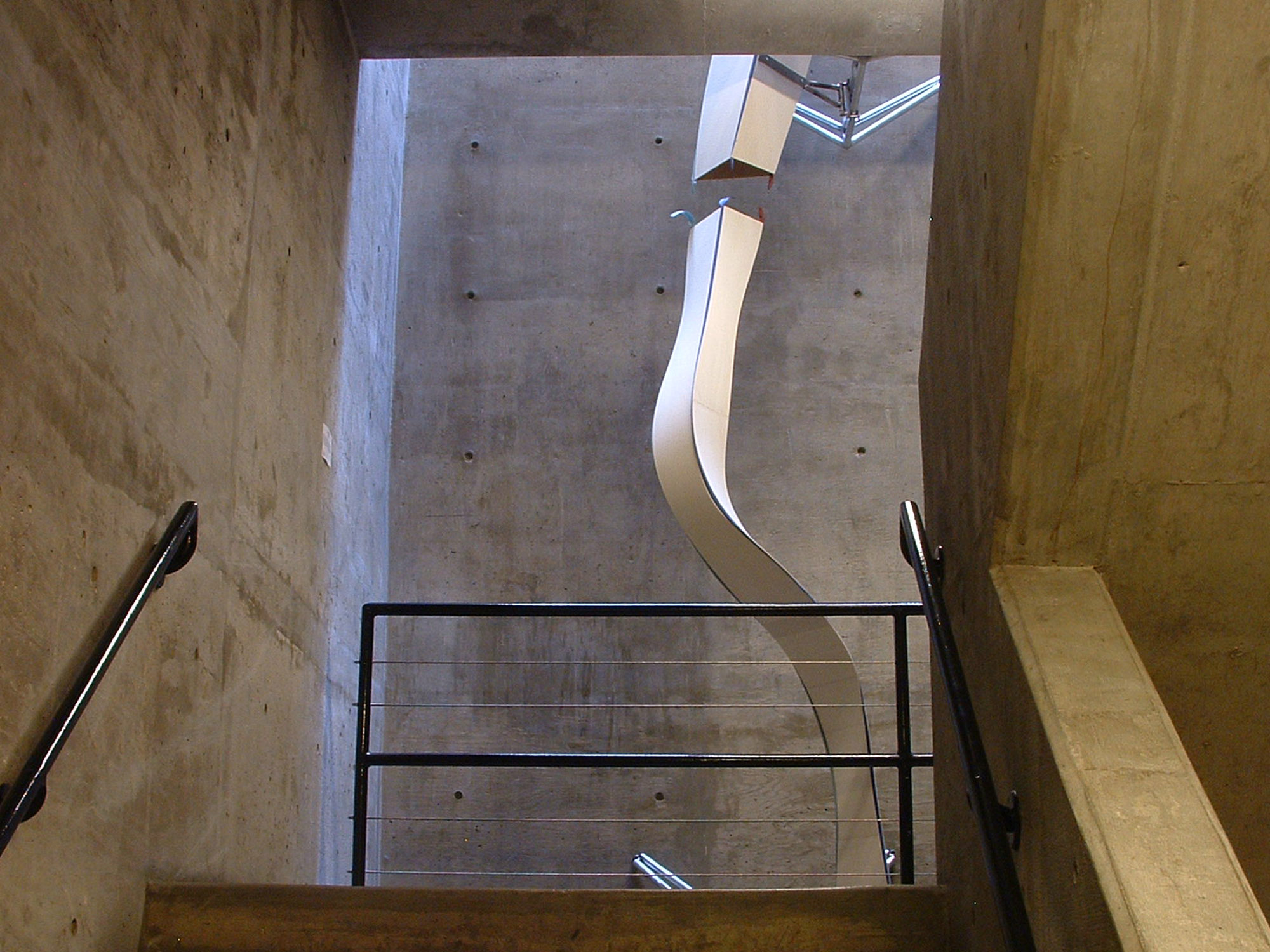 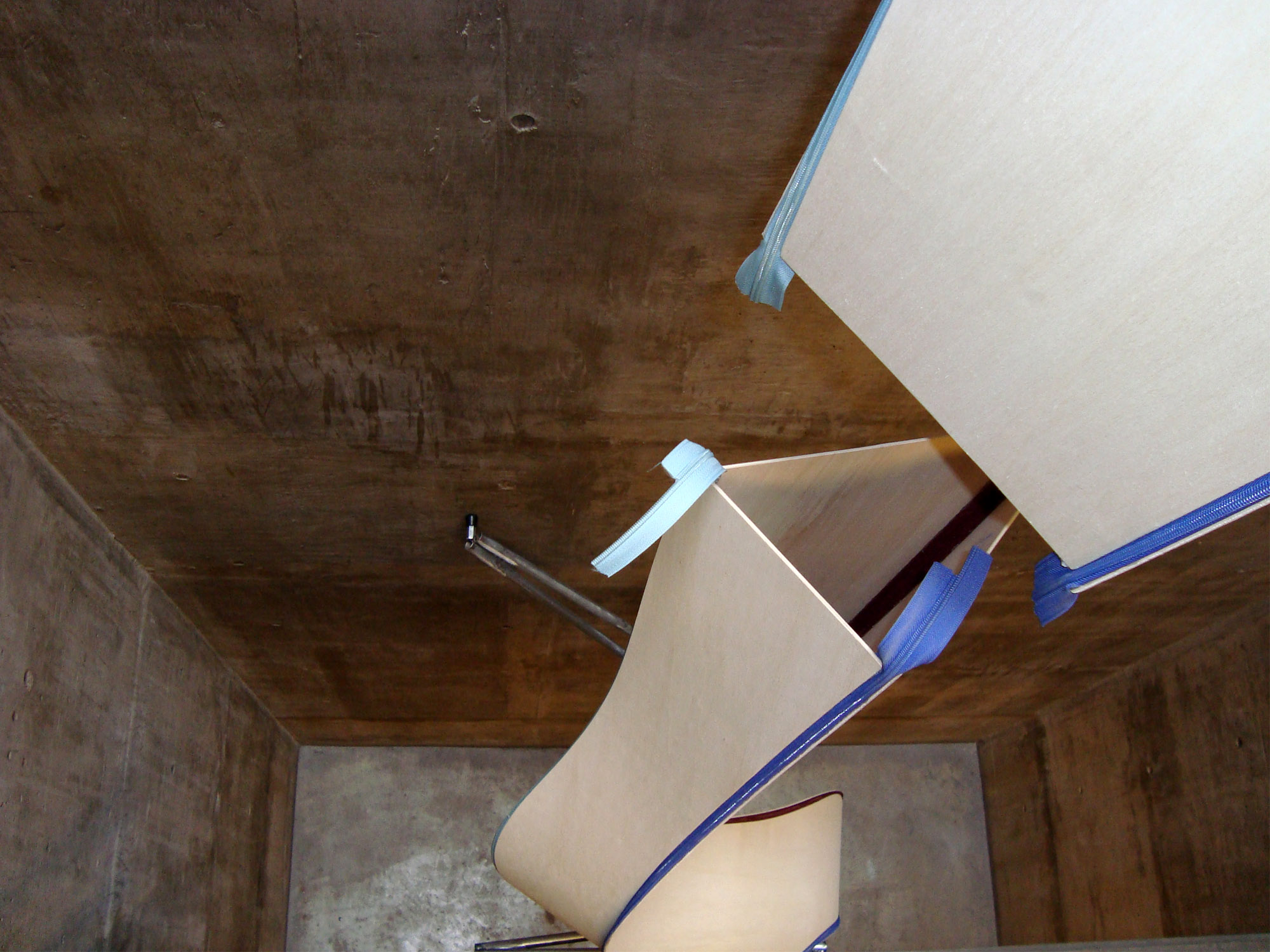 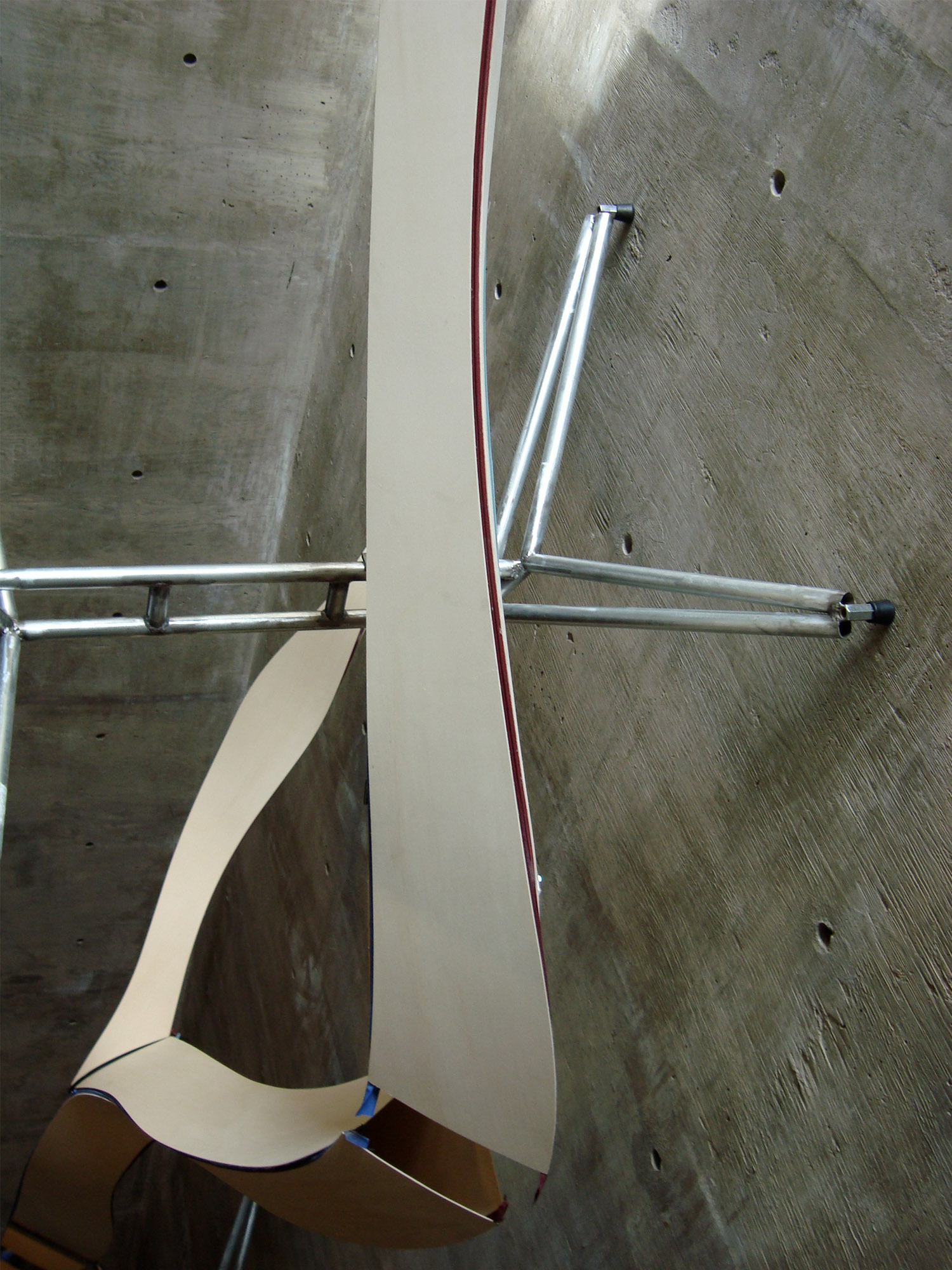 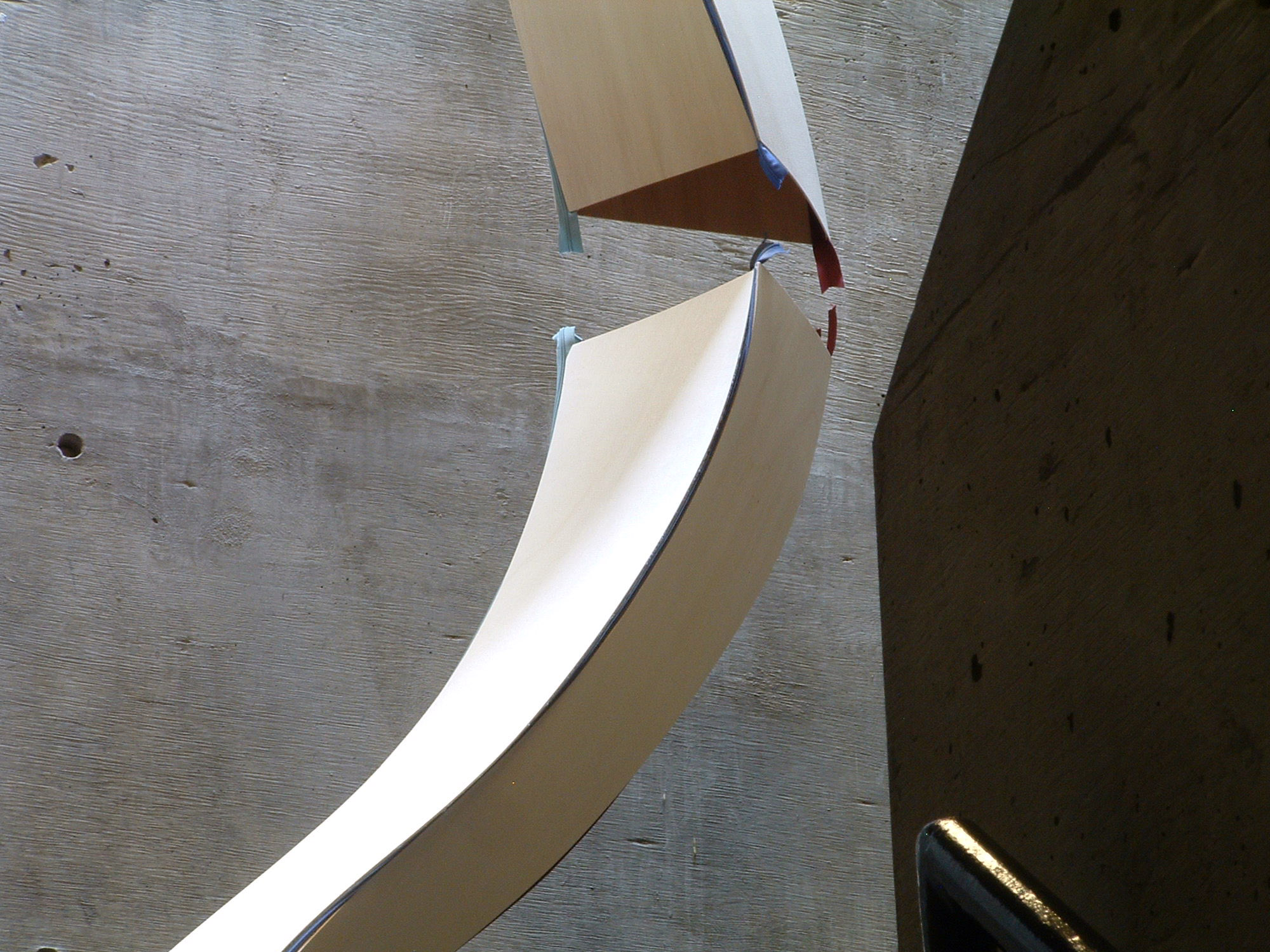 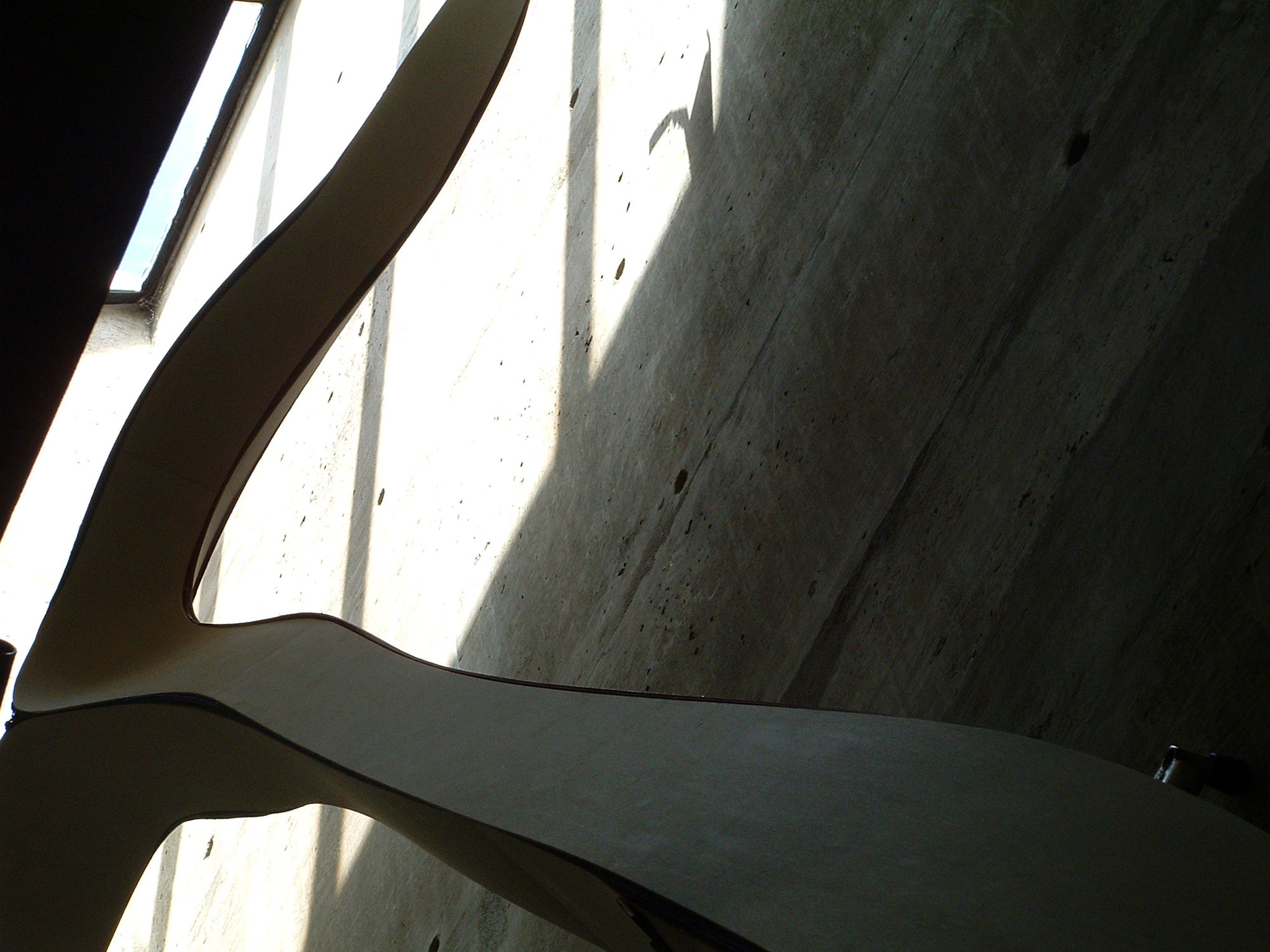 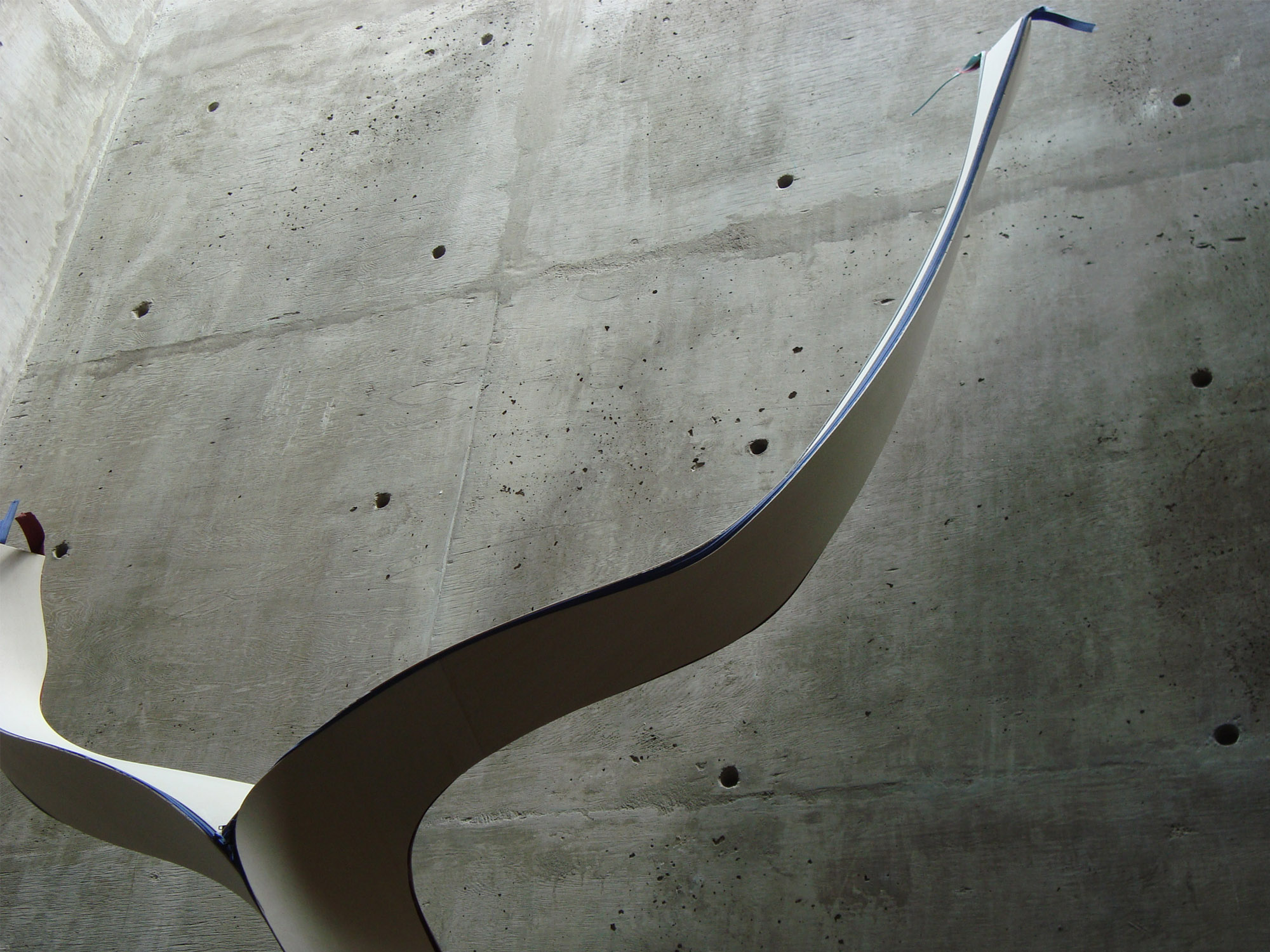 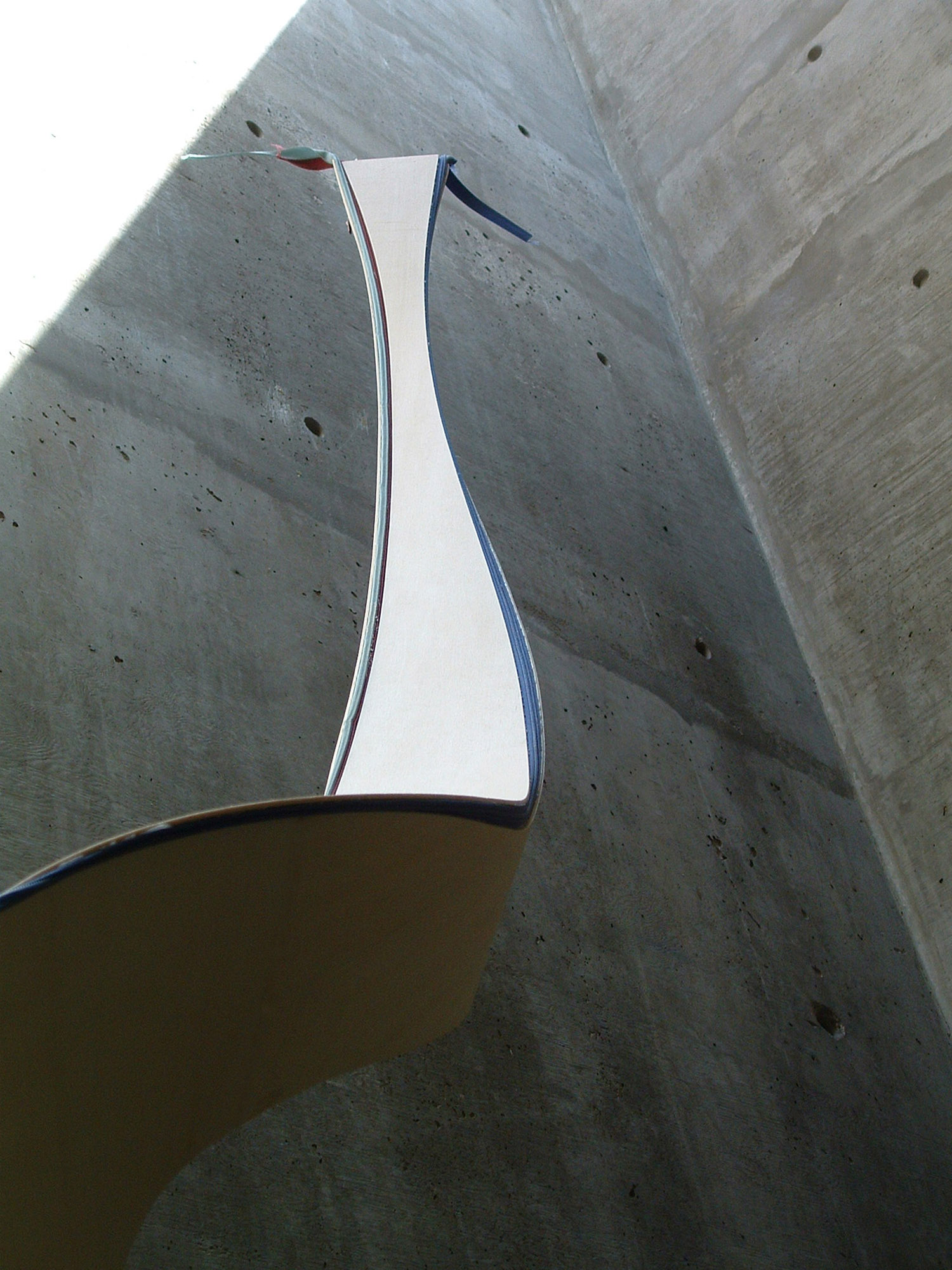 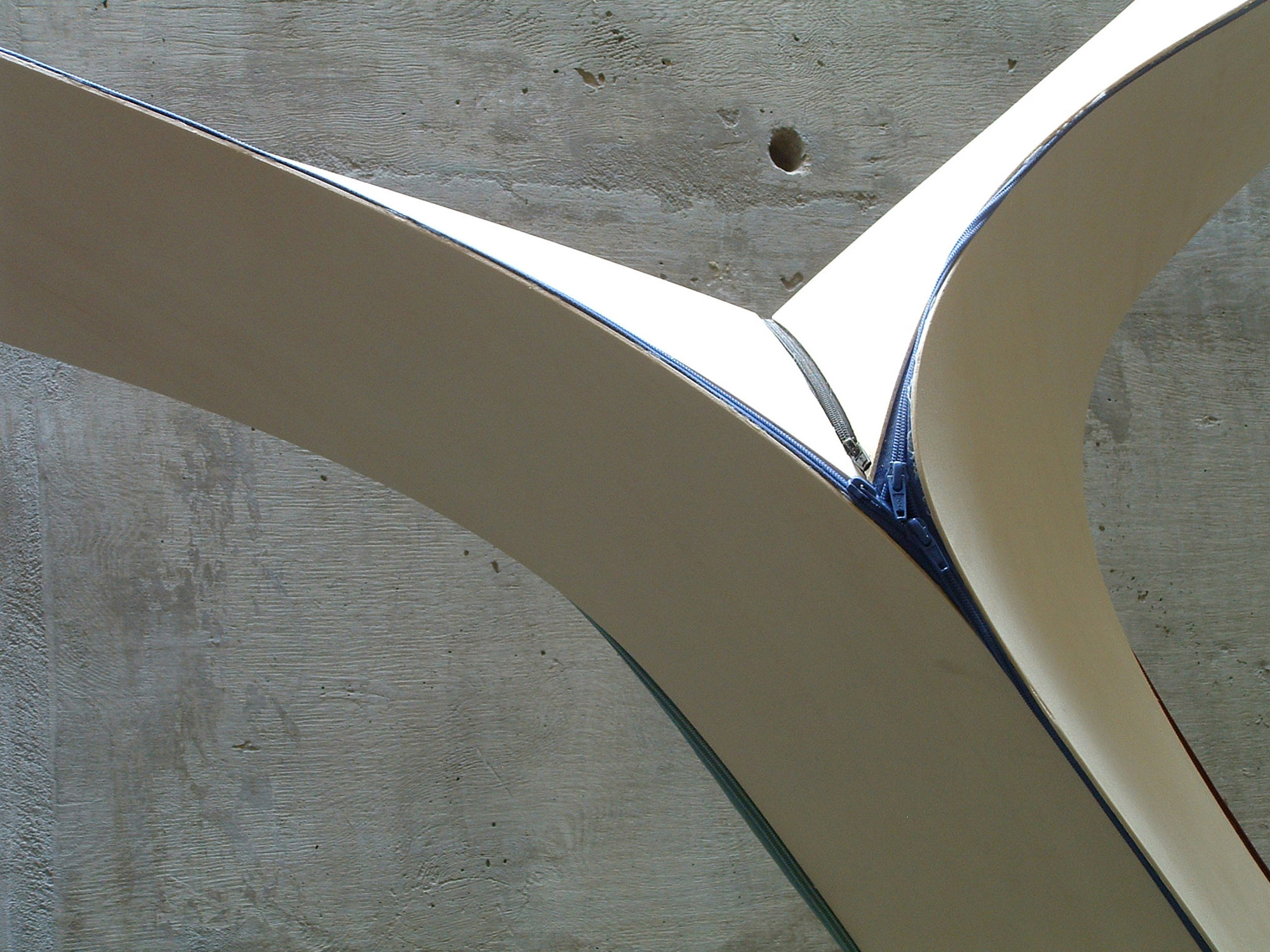 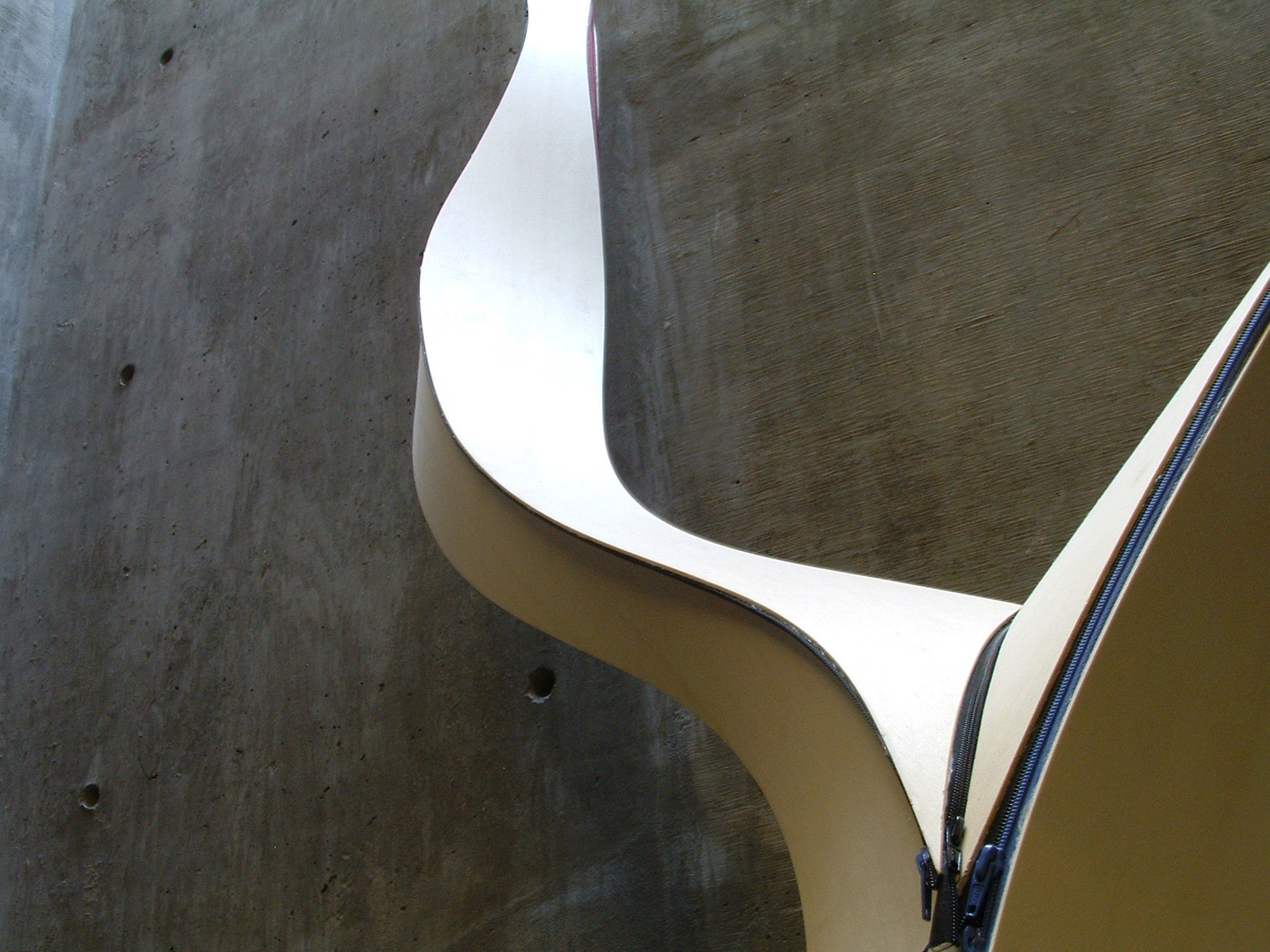 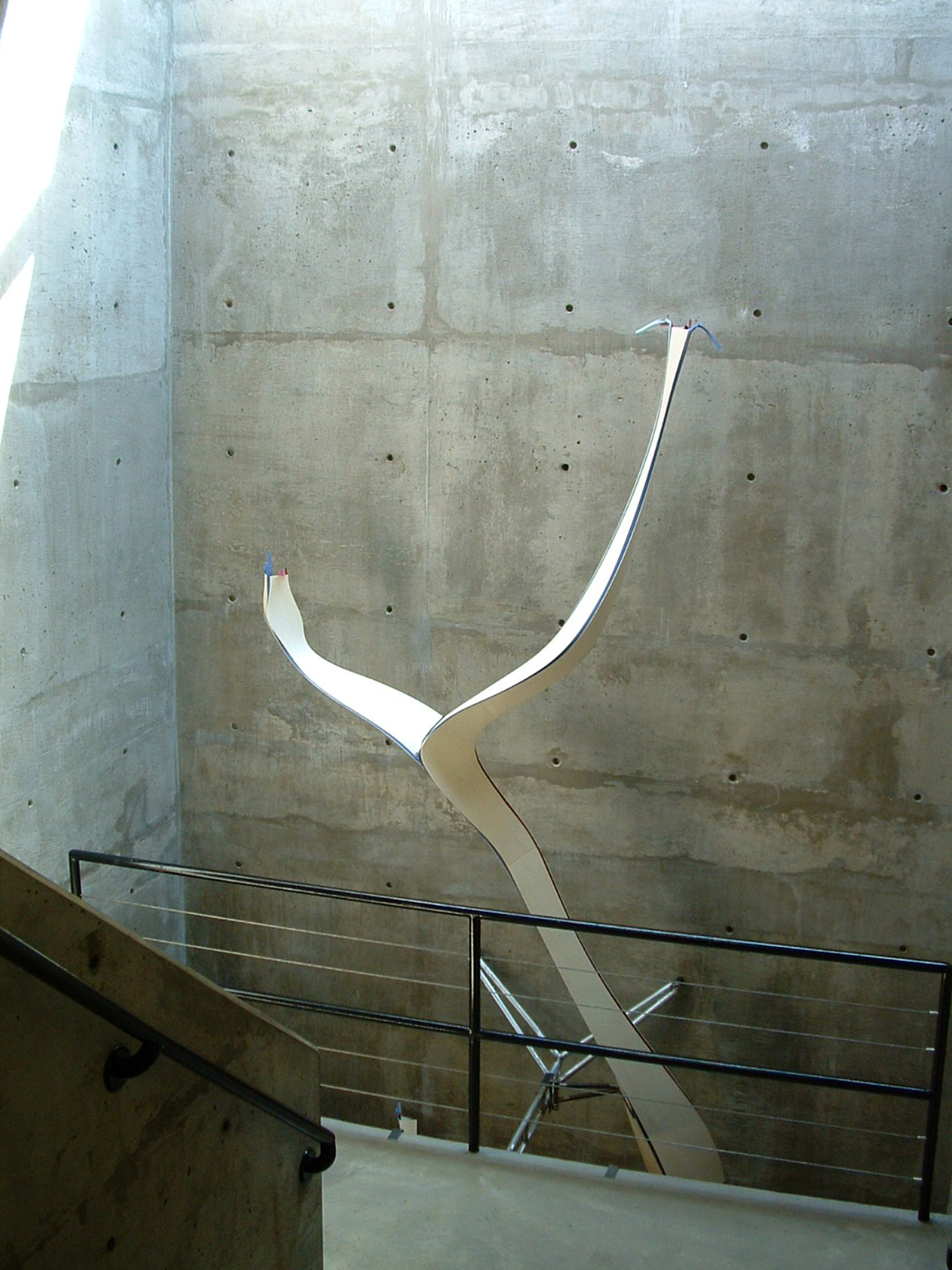